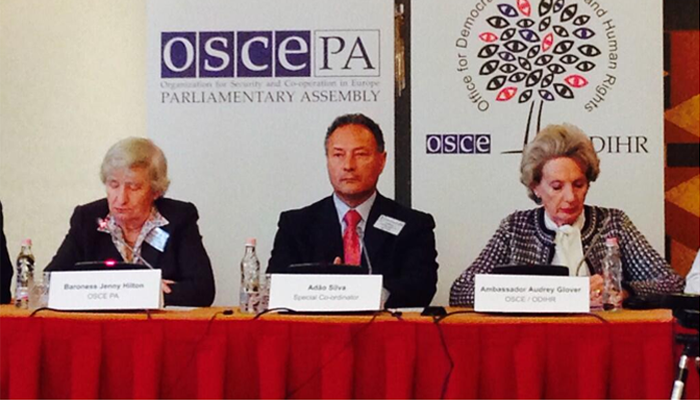 According to preliminary findings released yesterday by the Organization for Security and Cooperation in Europe (OSCE), the Hungarian election of 6 April 2014 was well administered and offered voters a diverse choice. However, a number of factors provided undue advantage to the ruling party, including the manner in which a large number of changes to the legal framework were passed, restrictive campaign regulations, biased media coverage and the blurring of the separation between a ruling political party and the state.

According to Adão Silva, the Special Co-ordinator who led the short-term OSCE observer mission,“Hungarian voters were offered a genuine choice yesterday in competitive elections.” He said that “overall, the process was transparently and efficiently administered” but that “the ruling party still enjoyed an undue advantage, including in biased media coverage.”

Although the delegation welcomed some of the legal changes introduced in the electoral legal framework, it noted that procedures for passing these circumvented requirements for public consultation and debate, thereby undermining support for and confidence in the reform process.  The delegation found that the reduction of the seats in parliament from 386 to 199 enjoyed broad support, but there was criticism that the manner in which new electoral district boundaries were drawn lacked transparency and inclusiveness, along with allegations of gerrymandering.

According to OSCE, the election administration functioned efficiently but the observer mission noted the “partisan composition” of the National Election Commission.

According to Baroness Jenny Hilton, the head of the OSCE parliamentary assembly delegation, “voting took place in a calm and positive atmosphere.”  However, she remarked that minorities, including the large Roma population, were largely invisible during the election.

While media diversity is provided by numerous electronic and print media outlets, increasing ownership of outlets by those directly or indirectly associated with Fidesz, as well as the allocation of state advertising to certain outlets, undermined media pluralism according to OSCE. New regulations led to the absence of political advertising on nationwide commercial television and media coverage of the campaign on television channels monitored was biased in favor of the ruling Fidesz-KDNP party. Combined with a significant amount of government advertising, this undermined equal media access for contestants, according to the OSCE’s preliminary findings.

While it considered the introduction of new campaign finance legislation to be a step forward, certain areas remain unregulated, including that of third-party campaigning. Lack of monitoring of contestants’ financial activities during the campaign and other issues limited the transparency and accountability of the process.

The head of the Limited Election Observation Mission, Ambassador Audrey Glover, called “unprecedented” the “legal overhaul, with some 800 new laws or substantial changes introduced.”  She went on to say that “some of the changes were positive, but others undermined checks and balances and there was little or no public consultation or debate. This undermined support for and confidence in the whole process.”