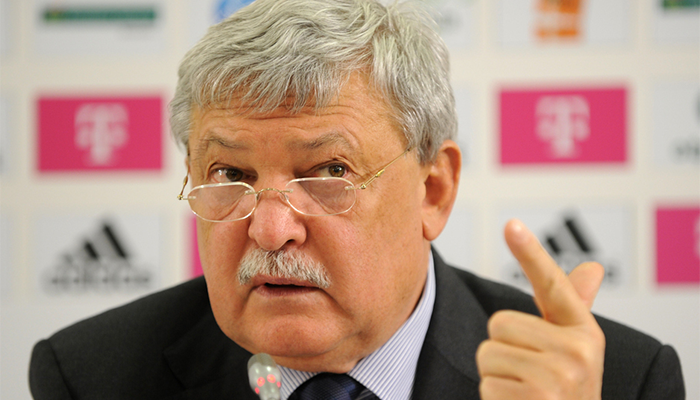 A company co-owned by Sandor Csanyi, Hungary’s richest man, will receive a Ft 1.5 billion (USD 6.6 million) government grant towards the cost of building a slaughterhouse in Mohács reports index.hu. Csányi, who in addition to being Chairman and CEO of Hungary’s largest commercial bank, OTP, owns a number of agriculture and food-processing companies, will build a HUF 7.3 billion (USD 32.1 million) slaughterhouse for pigs. The cabinet earlier awarded the project fast-track status so that it can begin its operations by 2016.

Csanyi’s business empire was largely built with loans from the bank he runs, so it is not clear why a government subsidy should be required in order for him to realize this latest investment.

Foreign Affairs and Trade Ministry state secretary Péter Szijjártó justified the government subsidy by saying pig farming enjoys special status on account of its export potential. Hungary’s pig-processing industry and slaughterhouses in particular have received little investment in recent years, he argued. In the past it was mainly foreign firms that got direct government subsidies, Szijjártó said, adding that the greenfield investment will create 358 jobs.

The slaughterhouse will be built for meat processor MCS Vágóhíd, which Csányi’s Bonafarm jointly owns with businessman György Nagy’s firm Home 2000. On completion the new unit will have the capacity to process one million pigs a year, with some of the animals to be imported from nearby Serbia. Another meat-processing company owned by Csányi, Pick Szeged, will slaughter about 500,000 pigs this year.

Nagy originally started in the brokerage of residential and commercial properties but later diversified into real estate development and and agriculture.  He and Csanyi are reportedly major recipients of EU agricultural subsidies, as are Fidesz oligarch Lajos Simicska and former corporate raider and football club owner Tamás Leisztinger.  Csanyi bought Pick salami from Leisztinger after the latter bought the company for cash on hand and loaded it up with debt, reportedly paying himself enormous dividends in the process.

According to state news agency MTI the government plans to double Hungary’s annual pig-processing capacity by the year 2020.  The government claims this would create some 20,000 jobs. Currently Hungarian slaughterhouses process some 3 million pigs annually.

Last year Csányi, who is also president of the national football association, had heated public exchanges with high-ranking Fidesz politician János Lázár and Hungarian MEP Tamás Deutsch, essentially accusing the former of distributing local tobacco-selling monopolies to Fidesz supporters and the latter of fiscal malfeasance while Minister for Sports under the first Viktor Orbán government.  Csányi is freuquently spotted in Orbán’s company at important football matches.