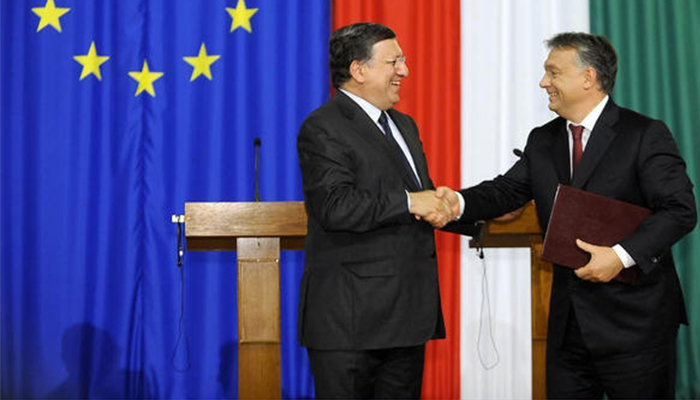 He declined to address the recent raids on Norway Grants recipients, calling the dispute “a private matter between Hungary and the Kingdom of Norway”. Asked to comment further at a press conference later, Barroso said while the EU leadership is taking care not to get involved, it will continue to monitor the developments closely.

Barroso stressed the importance of Hungary’s place in the EU’s democratic framework over the last ten years. He emphasized that he had not come to Budapest to criticise, but pointed out that Portugal had been a dictatorship when he graduated, adding that the improvement of civil rights there has mostly been due to the country’s EU membership, in his view.

He said Hungary, Portugal and its fellow EU members are part of a “transparent, European reunification process” that will bring mutual growth and development. He noted that two Corvinus alumni have served as Hungarian EC commissioners, and expressed hope that “scholarship, culture, knowledge and innovation” will all play a part in the process.