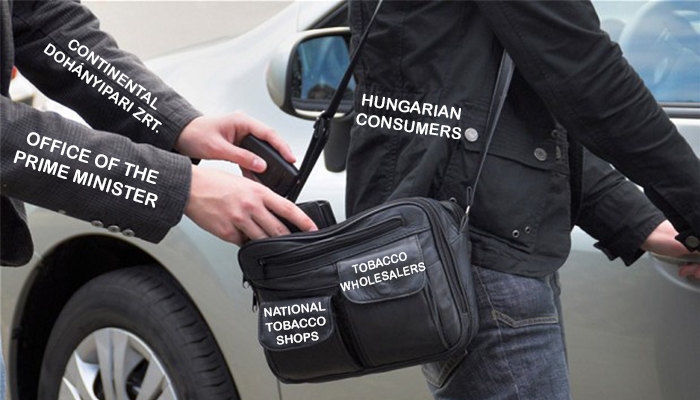 On Monday the Hungarian parliament approved the creation of a state-owned distributor of tobacco products that will function as a kind of middle-man between tobacco wholesalers and national tobacco stores.  By a vote of 130 in favor to 64 opposed, parliament also voted to elevate the law regulating the distribution and sale of tobacco products in Hungary to a cardinal law requiring a two-thirds parliamentary majority to modify.

The law stipulates that all tobacco retailers purchase tobacco products exclusively from the state-owned distributor (or individual or company designated by the state), and that wholesalers only sell to the distributor. 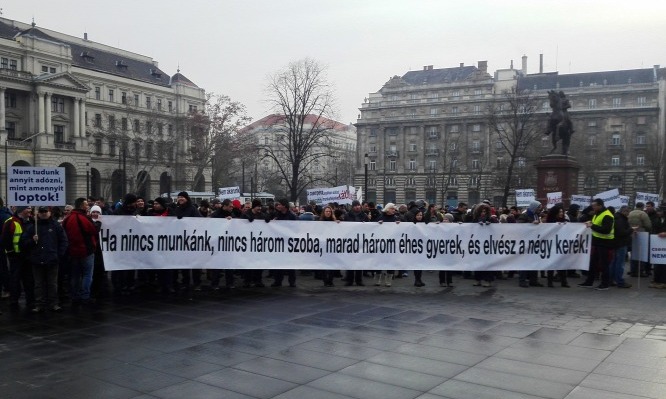 The Tobacco Industry and Tobacco Retailing Workers Trade Association warns that the law will result in the loss of some 1200 jobs.  Monday’s country-wide action in which some 1400 vehicles slowed down traffic by blocking lanes appears to have fallen on deaf ears (although Prime Minister Viktor Orbán and Deputy Prime Minister Zsolt Semjén were photographed sharing one of the bars of chocolate protesters handed out in front of parliament.  It is not known whether either read the message on the wrapper asking MPs to vote down the bill in the interest of preserving the job of the person distributing the chocolate). 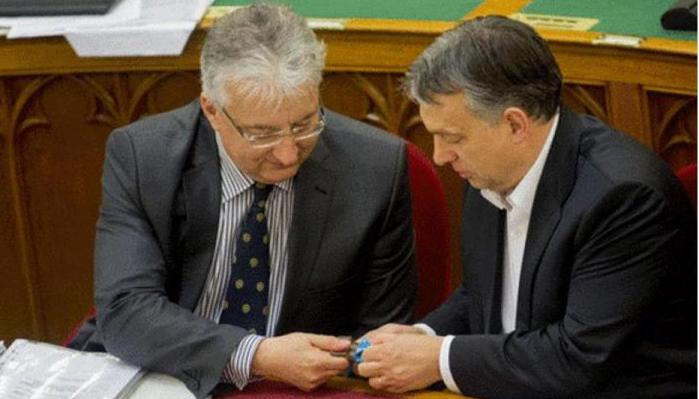 According to the bill’s sponsor, Minister for National Development Miklós Seszták, the purpose of the law is allegedly to prevent wholesalers from unduly influencing retailers as to which tobacco products they purchase.   However, the real purpose of the law is to divert some HUF 10-12 billion (USD 25-30 million) in gross profits annually from tobacco retailers and wholesalers to either the state or an individual or company to be designated by the state.

The bill gives the state the option of either establishing a public share holding company for the purpose of purchasing from wholesalers and selling to retailers, or awarding a concession to a company meeting certain criteria.  According to critics the criteria is custom-tailored so as to favor Hódmezővásárhely-based tobacco wholesaler Continental Dohányipari Zrt., whose owners are reportedly close friends with Fidesz MP and Chancellor János Lázár.  So close, in fact, that the original tobacco law stripping tens of thousands of retailers of the right to sell tobacco products and awarding national tobacco store franchises to a few thousand Fidesz supporters and their friends was drafted on the computer of that company’s owner, János Sánta.  444.hu further points out that nearly 10 percent of all tobacco shop franchises awarded in 2012 were to Continental’s owners and their relatives.

The criteria appear to have been specially crafted so as to exclude US and British tobacco wholesalers active in Hungary from participating in the tender.

The new law also provides for existing taxes on tobacco products to be increased in two stages.  The alleged reason for this is to “modify the tax structure so that the budget is less dependent on the price politics of the tobacco manufacturers”.

From April 2015 retailers are to turn over 25 percent of their revenue from the sale of cigarettes to the government.  In addition, they are required to pay a tax of HUF 15,700 per thousand cigarettes.  In the case of cigars retailers must remit 28.5 percent of the revenue to the state.  Pouch tobacco and miscellaneous tobacco products are to be taxed at HUF 14,000 per kilogram.

From July the tax on cigars, and miniature cigars changes to 14 percent of revenue plus HUF 4000 for every thousand pieces sold.