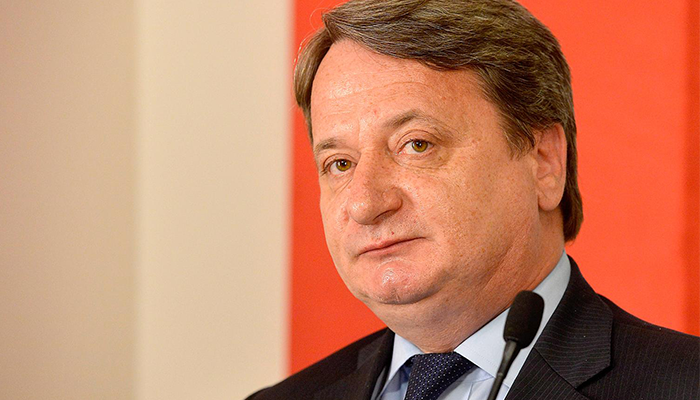 Hungary’s Parliamentary Committee for National Security met for three hours behind closed doors this morning to hear testimony from counterespionage officials. Last week, Bela Kovacs, who has served as a Jobbik Member of the European Parliament since 2010, was accused of spying for Russia after a pro-government newspaper revealed that Hungary’s chief prosecutor had sent a letter to the President of the European Parliament requesting that Kovacs’s immunity from prosecution be lifted.

After the meeting the commitee’s vice-chairman Szilard Nemeth told the press “there were grounds to suspect” that Kovacs “had conspired with Russian intelligence services to obtain information and spy on their behalf”.  Nemeth said Jobbik chairman Gabor Vona “had defended the treason tooth and nail” for which “he should be held to account by Hungarian voters.

Nemeth was referring to the fact that European Parliamentary elections are scheduled to take place in Hungary on Sunday, May 25.

Committee chairman Zsolt Molnár (MSZP) expressed surprise over Nemeth’s statement as closed-door committee proceedings are secretive and, as such, are classified until 2043.  Nevertheless, Molnar did not deny that his committee had reviewed evidence implicating Kovacs of espionage, but added that “there is a spy matter, but there is no James Bond”.  Molnar said that prosecutors “possessed information that could prove to be conclusive” but that “it was not possible to speak of a imbedded spy”.  However, Molnar said “it could be proven that Jobbik had chosen the Russian sphere of influence over that of Europe” and that “they were going back in time”.

In response to the question whether Kovacs acted deliberately and was aware that his activities were illegal, Molnar answered there appears to be evidence to support such a contention.

According to Nemeth, the Constitutional Protection Authority and Information Authority gave “a detailed account of their work”and that it was “clear from their reports” that Kovacs “continuously engaged in treason and national betrayal”.

LMP co-chairman Bernadett Szel offered a similar opinion.  “This is not about a conspiracy theory” she told the press. She said the Hungarian authorities had been working on this matter for some time, and that Russia had stepped up attempts to exert influence in Hungary.  She added that it is possible to spy without someone being a trained spy.

Hvg.hu reports that neither Nemeth nor Szel were able to answer questions regarding disparities between Kovacs’s official and public curriculum vitae.

After the three hour closed-door session, Bela Kovacs, looking somewhat dazed, refused to answer reporters’ questions, telling them he was in a hurry to attend a political rally in the southern Hungarian city of Szeged.  Kovacs never made it to Szeged.  Complaining of chest pains, he was reportedly taken to an unspecified hospital for observation and treatment.

Jobbik chairman Gabor Vona told reporters that Jobbik was the victim of a “base, libelous campaign” and claimed that American Vice-President Joe Biden had asked Viktor Orban to “take steps against Jobbik” when the two leaders spoke by telephone on May 8.

Vona said the government was bowing to “foreign pressure” in an attempt to “discredit EP-representatives and Jobbik” and that it was the job of voters “to vote against this”.

Bernadett Szel said LMP would certainly have recalled any representative accused of such actions.  She said the people needed to think carefully about who they send to Brussels.  She then spoke at some length about the Paks contract which, in her opinion, exemplifies the growth of Russian influence in the region.