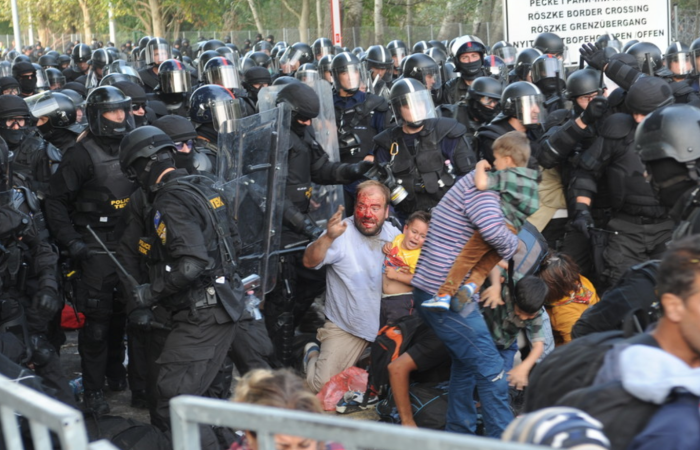 Hungary’s Parliamentary Committee on National Defense and Law Enforcement voted against opening an official inquiry into the violent clash between Hungarian authorities and refugees at Röszke on the Hungary-Serbia border on September 16, reports Hungarian news site propeller.hu.

The incident took place the day after Hungary closed its southern border to refugees, asylum seekers and economic migrants seeking to pass through the country on their way to Austria and Germany.

Following the committee’s meeting on Tuesday, deputy committee chairman Mátyás Firtl (KDNP) held a press conference to announce that the proposal submitted by independent member of parliament Ágnes Vadai (DK) had been voted down with only vote in favor and six against.

Vadai’s attempt to open an inquiry into the incident at Röszke is part of a broader effort by the Democratic Coalition (DK) to shine light on the violent clash between refugees and police, including crack anti-terrorism units, that resulted in scores of injuries, some of them serious.

The government defends the actions of Hungarian authorities by claiming that Hungarian police officers were  attacked by terrorists.  The incident was witnessed by a number of international aid organization employees, volunteers and members of the international press, many of whom were beaten by baton-wielding anti-terrorism commandoes.  Their account of what happened in Röszke varies significantly from the version being touted by the government.

The inquiry would have sought answers to questions like “what was the situation when the refugees attempted to pass through the gate separating [Serbia and Hungary]?”, and what was the justification “for the disproportionate response from [Hungarian] law enforcement”?

KDNP’s Firtl defended the actions of the authorities by claiming that refugees bent on entering Hungary unlawfully provoked police.

“There’s no reason why the Hungarian parliament would need to deal with what happened at Röszke,” said Firtl, adding that authorities performed “superhuman work” to prevent an “invasion” of Hungary.

Both the European Commission and the United Nations High Commissioner for Refugees have called on Hungary to give a detailed account of what happened in Röszke on September 16 when scores of police and asylum seekers were wounded.