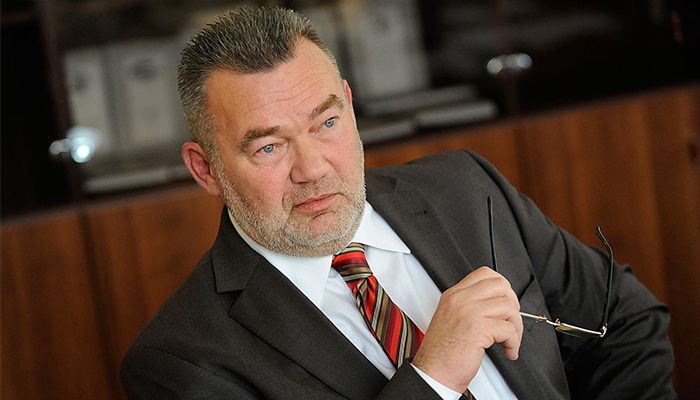 Hungary’s ombudsman for constitutional rights, László Székely, appeared before the parliamentary committee of justice on Tuesday to answer allegations that his office was unduly influenced by the Hungarian Civil Liberties Union (TASZ) on the preparation of a report issued by the ombudsman’s office last week critical of the Budapest 8th district government’s decision to close the district’s only hypodermic needle-exchange center.

The purpose of the hearing was to determine the extent to which Székely’s office, the “Authority for the Protection of Basic Law Rights”, cooperated with TASZ on the report, which finds that the closure violated the 8th district residents’ constitutional rights to health and a healthy environment.  In addition to providing clean needles in the interest of preventing the spread of HIV and hepatitis, Blue Point provided intravenous drug users access to public health workers and drug rehabilitation counsellors.

In November 2013 the Hungarian Civil Liberties Union petitioned the ombudsman’s office to examine the constitutionality of the district’s decision to close the needle-exchange center.

As if on cue, 8th district mayor and Fidesz communications director Máté Kocsis reacted to the Magyar Nemzet article by accusing the “drug lobby of nesting in the Ombudsman’s office”.  Chancellor János Lázár immediately called for Székely’s resignation should this prove to be the case.

According to index.hu, the committee of justice accepted Székely’s testimony and found that no laws had been broken.

However, its chairman, György Rubovszky (KDNP), reportedly asked Székely to “pay greater attention in the future to the agency’s non-partisan nature”.

Székely told the press afterwards that he would only resign if “it became impossible to protest the Basic Law in Hungary”.

He also said that a disciplinary action had been initiated against one of his colleagues for “creating the appearance that the content of the report had somehow been unduly influenced”.  However, he rejected as untrue claims that the TASZ petititon and the ombudsman’s report were largely in agreement.  He further pointed out that his office could not be accused of being unduly influenced by TASZ as it had only agreed with half of the petitions submitted by TASZ over the years.

After the hearing Kocsis told state news agency MTI that “we are confident that these actions contribute to the drug lobby being driven out of the authority, and that the principle of non-partisanship be immediately realized”.

Gergely Bárándy (MSZP) and Timea Szabó (PM) accused the governing party of running a “political circus” and criticized the parliamentary committee both for taking the ombudsman’s testimony on the basis of an article and for ordering that the hearing take place behind closed doors. Szabó, who was prevented from sitting in on the committee meeting, told the press that “ordering a closed meeting on a question of public concern is absurd. This is the attack of Fidesz against the last independent institutions”.

Bárándy complained that the committee chairman cut him off on three occasions.  In his opinion it was unlawful for the hearing to be held behind closed doors.  He also claimed it was unlawful to release written ombudsman office correspondence to the press.  “This is the case to investigate,” said Bárándy, who believes the correspondence was manipulated in an attempt to discredit the ombudsman’s office.