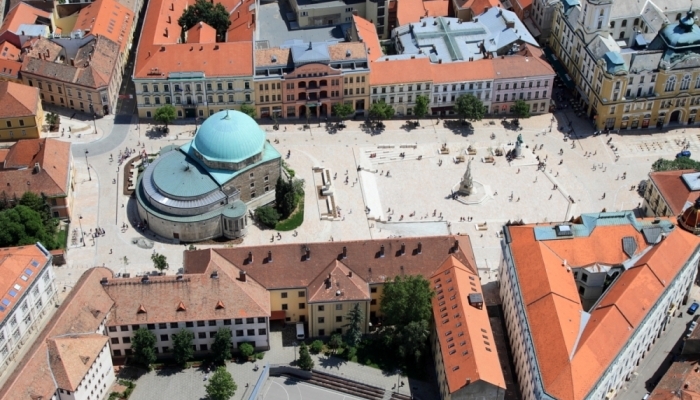 Homeless people may be fined or even arrested if they are caught sleeping rough in downtown Pécs or its renovated outskirts under a new statute that comes into force at the beginning of October. The city council of the southern Hungarian city modified its regulations on the use of public areas on Thursday.

Hungary’s fifth-largest city, Pécs is the third Hungarian city over the past year to officially ban homelessness in public areas. Budapest and Debrecen, Hungary’s largest and second-largest cities, respectively, banned sleeping rough in public areas in 2013.

According to mayor Zsolt Páva (Fidesz) a phone survey of 13,000 Pécs residents over the summer “revealed” that 80% of those interviewed said they wanted stricter local government and police policies on vagrancy. This comes as no surprise given Páva himself organized a leaflet campaign after his earlier attempt to ban homelessness in the 2010 European City of Culture failed.

In response to opposition councillors’ protestations that homelessness is a complex issue, Páva said Pécs can discuss strengthening and developing its welfare policies later, but “at the moment the protection of public spaces is currently a top priority. It is unacceptable that a minority group is intimidating the citizens of or visitors to the city, occupy its benches, and ruin the view in the historic downtown and renovated districts,” Páva added.