Péter Hack on the brokerage scandals: HUF 300 billion disappeared without anyone noticing! 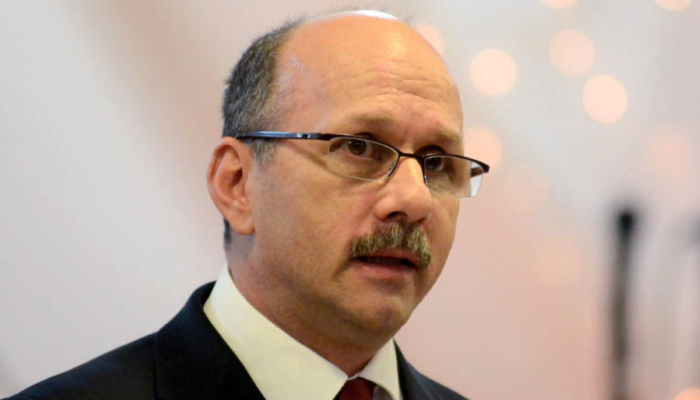 One gets the sense that the entire country is one large ‘candid camera’ episode, and that somebody will say the whole thing was a joke. For such a large amount to go missing and for nobody to be arrested or charged! Minimally, they should charge somebody with a crime and freeze their assets before they disappear. – Peter Hack, legal expert

What were Hungarian ministries and/or state-owned companies doing with excess liquidity?  And why were government treasuries not kept at the government treasury rather than private brokerage firms?  Why was a convicted murderer who never completed high school appointed CEO of Quaestor shortly after it declared its intention to file for bankruptcy?  And why did it take authorities 17 days to take Quaestor owner and former CEO Csaba Tarsoly into custody?  And why were the ten Budapest policemen assigned to the case replaced with ten colleagues from the countryside the day of Tarsoly’s arrest?

These are just some of the questions raised by financial industry experts, as well as political and civil opposition leaders. Legal expert Péter Hack had the following to say to ATV’s Olga Kálman on the subject.

“The competency and effectiveness of not just the MNB, but all the oversight bodies has been called into question.”  According to Hack, the previous two weeks had witnessed “a very characteristic series of events” that was “extraordinarily damaging for the government” for two reasons: one being that “there are very conspicuous ties between Fidesz and Quaestor, both in terms of people and joint businesses” which he is certain will cause “strange things to come to light.”

More importantly, the government’s handling of the Quaestor scandal gives lie to the “thesis underlying the past five years,” namely that “the government of the people, or of the (politically aware middle class), or of the hard working every day citizen is an effective and competent government.”

Hack says the scandal completely discredits the notion that Prime Minister Viktor Orbán is there to “protect people and their money from hard currency loans, banks and from the IMF, and that the government is competent.”

Hack points out that the second and third Orbán governments set about centralizing virtually every aspect of public administration, right down to what textbooks public schools may use.  In addition to essentially stripping local governments of their decision making rights, Hack says the government has introduced a “huge supervision mechanism.”

By European standards Hungarian authorities have unparalleled authority to control peoples’ lives.  Every time we withdraw money from our account over a certain amount, or purchase something at the corner store, the transaction is immediately reported.    The government can look at bank transactions and lists of telephone calls without police or court authorization.   The jurisdiction of the national security authorities is constantly being expanded.  They even did away with cash payment of salaries in the public sphere.  And yet HUF 300 billion disappeared without anyone noticing.  The competency and effectiveness of not just the MNB, but all the oversight bodies has been called into question.

Hack explains that there are very strict rules concerning what government state budgetary organs may do with surplus funds.  He says they are prohibited from investing money in a risky manner and required to deposit government securities at the state treasury.   He says that if the law permitted governmental bodies or state owned companies to engage in risky activities of this kind, he doesn’t understand why the government didn’t change the law.  Most of all, he doesn’t understand why public funds should be deposited with private brokerage firms.

“Tens of thousands of workplaces could have been created from this money.  The money could have been used better in public health than with Quaestor.  Education.  Anywhere it would have been more useful than where they put it, even if there was little or no risk.”

Hack points out the hypocrisy of holding government officials or those well connected politically to a different standard.

If somebody has more money in their bank account than their declared income, or buys an expensive car beyond their means, then the tax authorities will immediately audit them.  The tax authorities descend on small people for one or two million forints.  If someone miscalculates the VAT then they have to pay huge penalties.  By contrast, HUF 300 billion disappeared without anyone noticing.

He said that if ministries or state owned companies have surplus money on hand, then “the budget is bad”, pointing out that “these are not profit oriented companies.”

Hack says it appears that between March 5th and 9th, various ministries, acting on inside information, withdrew their money form Quaestor without anybody warning the “hard working” little people.   He points out that nobody has been arrested and that all that had happened was that a new bill has been submitted even though “the current law makes it possible for authorities to seize the assets of directors and owners.”

Hack says the decision on the part of Béla Tarsoly and the other Quaestor shareholders to appoint Bela Orgovány CEO was “clearly taken in bad faith” and that “it appears there are some people who can escape justice.”

One gets the sense that the entire country is one large ‘candid camera’ episode, and that somebody will say the whole thing was a joke.  For such a large amount to go missing and for nobody to be arrested or charged!  Minimally, they should charge somebody with a crime and freeze their assets before they disappear.

The lawyer expressed his astonishment over the fact that two weeks after the National Bank of Hungary announced that Quaestor had sold HUF 150 billion worth of fictive bonds, the company still hadn’t filed for bankruptcy and nobody had been arrested.

Police crack down on companies for things that are trivial by comparison.  Just look at Ökotárs, where the police raided their offices over small amounts.  Here weeks pass and nothing happens.

He says that there is much Hungary’s various nominally independent authorities, including MNB, prosecutors, and state auditors, might have done to prevent this from happening.  Instead “this company was given a green light that it is above the law.”

“They know they will be found out, but the consequences will be the same as in the case of Ibrahim Kaya” said the lawyer, referring a scandal under the first Orban government involving the sale of companies close to Fidesz with large tax arrears to a guest worker.

This is a working technique.  All that is required is that someone gave a good relationship with those organs which, theoretically, are supposed to be independent.  There is much the police, MNB, prosecutors, ÁSZ, might have interceded and prevented.  . . . For some reason this company good a green light that practically but it above the law.

Hack believes someone continues to be interested in maintaining Quaestor’s “above the law” status.