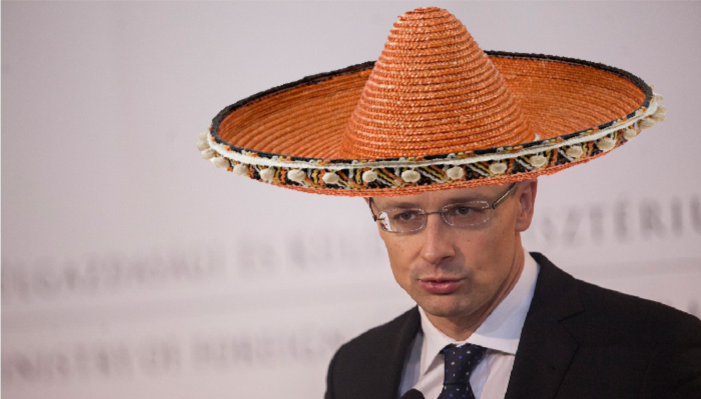 Minister of Foreign Affairs and Trade Péter Szijjártó opened yet another National Trading House of Hungary on Thursday, this time in Mexico, where he reportedly signed numerous agreements with the Mexican government. It was also reported that Szijjártó requested to have Hungary take part as an observer in the Trans-Pacific Trade Partnership.

Szijjártó held talks with Mexico’s Secretary of Economy, Ildefonso Guajardo Villarreal, and Secretary of Foreign Affairs, José Antonio Meade Kuribreña. In a telephone interview with Hungary’s state-run media, Szijjártó said Hungary’s exports to Mexico last year increased 17 percent to USD 640 million. He expressed his desire to see the exports continue to grow this year and pointed at the agreements signed with the Mexican government as steps in the right direction.

“Firstly, we opened our trading house which had successfully started the export business by selling $15,000 worth of Hungarian wine,” he said.

“Secondly, the Hungarian Eximbank extended USD 287 million in credit for the purposes of promoting Hungarian-Mexican trade.”

Szijjártó discussed other points with his Mexican counterpart, including the start of defense investment negotiations, creating scholarships for Mexican students in Hungary, and signing three agreements with the Mexican government regarding collaboration on shared diplomat training programs, education and tourism.