Péter Szijjártó: We have a history, we are a proud people 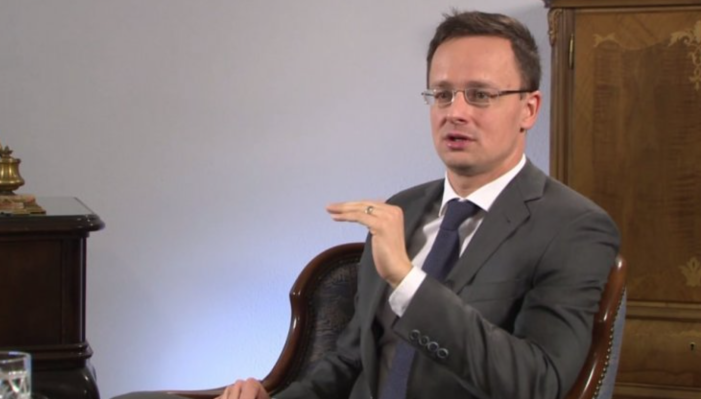 It is in Europe’s long-term interest to cooperate with Russia, Hungarian Minister for Foreign Affairs and Trade Péter Szijjártó told ATV on Sunday when asked why Viktor Orbán traveled to Moscow to meet Vladimir Putin the day before last week’s EU summit.  Szijjártó believes Hungary can help improve relations between Brussels and Moscow which are at an all time low.

“We central Europeans cannot allow ourselves to burn every bridge with Russia” said the foreign minister, who called “hypocritical” the view that “if a country’s area exceeds a certain size, then it is wise and fantastically foresightful to speak with Russia, whereas if it is under a certain size, then this is the destruction of the unity of Europe.”

Hungary’s Minister for Foreign Affairs and Trade said Hungary had never accepted such an approach.  He pointed out that Russian Foreign Minister Lavrov and US Secretary of State Kerry had worked together to conclude an agreement with Iran over its nuclear program.

He emphasized that the Hungarian delegation lead by prime minister Viktor Orbán had not made any commitments to Moskow with regard to the loosening of trade sanctions imposed after Russia annexed Crimea.

Szijjártó said that cooperation between NATO and Russia was necessary in order to resolve the situation in Syria.  He said Hungary viewed critically any action not undertaken within the framework of coordinated action,

In response to whether he discussed with the Turkish foreign minister the “secret pact” Viktor Orbán claims exists between Germany and Turkey on the subject of refugees from the Middle East, Szijjártó said that Hungary informed his counterpart that Hungary does not support EU proposals that would entrust the handling of the migration crisis exclusively to Turkey.  “If the EU is defenseless, that would put us in a very bad negotiating position with everybody, including Turkey” said Szijjártó.

When asked about Italian prime minister Renzi’s threat to stop fiscal transfers to those EU member states that refuse to participate in the migrant settlement program, Szijjártó said he did not consider Renyi’s words to be in keeping with European standards of behavior.  “Maybe this kind of blackmail works in Italy, but I would not like it to become a habit in Europe.”

(Szijjártó’s comments belie the fact that blackmail is very much alive and well in Hungary to day, especially under the government he so loyally serves-ed.)

“Where is it written that we always have to agree with the Italians? Wait a minute!  We are a country.  We have our own government chosen by the Hungarian people which has its own position” said Szijjártó, adding that “perhaps prime minister Renzi thinks this is humanitarian aid, but in that case he is mistaken”.   Hungary’s Minister for Foreign Affairs and Trade said that such “hypercritical, extortionist behavior” occasional comes to the fore now that Europe is in a difficult situation, but that “we have history, we are a proud people.”

In response to Jean-Claude Juncker and Donald Tusk’s statement that the EU member states must support a collective solution to the migration problem, Szijjártó said:

“For months all we’ve heard is that we need a common solution.  But so far nobody has yet to say what that is.  Meanwhile thousands have been arriving to Europe daily for months.”

On the subject of Fine Arts Museum director László Baán providing informal advisor to the prime minister Árpad Habony with the use of the museum for his wedding free of charge in order to “maintain good relations with important people”,  Szijjártó responded “this is the first time I’m hearing such a strange rationale.”  He said that he had been out of the country since Sunday, having travelled to the United States, Russia, and Prague, and that his briefings do not include whose wedding was held at the Museum of Fine Arts.

“I tell you honestly that I am not interested in Árpád Habony’s desires” said Szijjártó.