Political Capital on the results of the Veszprém by-election 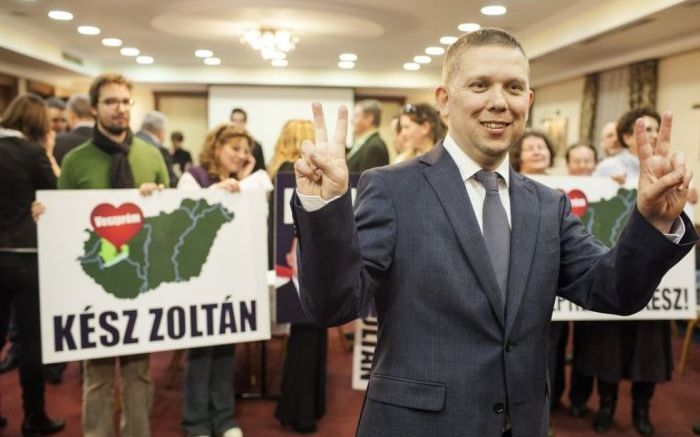 Independent candidate Zoltán Kész won Sunday’s parliamentary by-election in the Hungarian city of Veszprém with 42.7 percent of the votes. Fidesz-KDNP candidate Lajos Némedi was unable to retain the seat for the ruling parties and came in second (33.6 percent).

The political consultancy and research institute has released a quick overview of the five main “take-aways” from the poll on its election monitoring website, ValasztasRendszer.hu.

Sunday’s by-election in Veszprém and surrounding settlements had been in the national spotlight for some time. While Hungarian media offers various interpretations of the results, the 44.8 percent voter turnout was higher than every single by-election held since national elections of April 2010 gave Fidesz its parliamentary supermajority.

By contrast, only 36 percent of voters turned out to vote in Veszprém municipal elections in October 2014.  “This means that voters can’t be called apathetic, nor did voters feel there was nothing at stake,” writes Political Capital.

Veszprém’s by-election result indicates that Fidesz’s supporters are distancing themselves from the party. Since last October, all five Fidesz candidates running in by-elections have been defeated. That’s one reason why Veszprém’s by-election was so important, not just because losing means a loss for Fidesz’s supermajority, but also because Fidesz lost an electoral district that had returned Fidesz candidates to parliament in every election since 2002.

Fidesz’s defeat in Veszprém counters the perception that Fidesz is “unbeatable”.

Political Capital writes that Fidesz’s political strategy is all about being strong enough to avoid being voted out of office. This central powerbase has weakened significantly with the noticeable decrease of support for Fidesz. It would be easier to come up with an explanation for its defeat if right-wing Jobbik and green-liberal LMP would have also performed significantly worse in Veszprém than they had in the 2014 general election. However, these parties only performed 2-3 percentage points worse over the previous election. In the case of LMP, the party’s performance weakened by about one-third over the previous election.

According to Political Capital, Fidesz cannot blame its defeat on voters going over to Jobbik or LMP. It appears that voters are slowly finding a way to have their opinions expressed against the wishes of Fidesz’s central powerbase and Fidesz’s own electoral system. The majority of opposition voters do not have a strong party preference or political identity, preferring instead to size up the opposition candidates and vote for the one most likely to win. Therefore, chances are good for a candidate who can establish himself or herself as the most likely opposition challenger to a weakening Fidesz.

Opposition parties withdrew into the background

While Zoltán Kész accepted the support of left-wing parties, he strongly maintained his image as an independent candidate with strong ties to the local community throughout the campaign. There was no party logo next to his name on Sunday’s ballot. With the exception of the last two days of the campaign, the opposition parties supporting Kész did not emphasize their presence next to him, and instead chose to endorse him within their own already-existing constituencies. Furthermore, he didn’t lose anything by keeping his distance from opposition parties. By emphasizing his independence, Kész did not alienate himself from opposition parties and their voters. This helped him become the strongest challenger. However, it would be wrong for the opposition parties that supported him to assume that the same results could be duplicated in countrywide elections because victory wasn’t achieved by their own candidate.  Instead, it was achieved because the parties withdrew into the background and endorsed an independent figure.

Finally, despite utilizing public media and a significant portion of Veszprém’s local media by calling in a favor, the tactic proved to be ineffective. Promises for local development and a smear campaign against Kész weren’t enough to mobilize Fidesz-KDNP supporters. Furthermore, the smear campaign was probably counter-productive, as the breakdown of polling sub-districts indicates that it seems to have mobilized opposition voters.