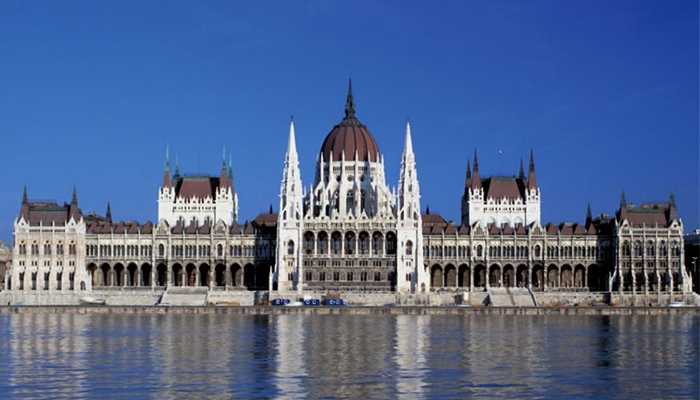 “This is the Hungarian national assembly” – László Kövér , speaker of the Hungarian Parliament and member of Fidesz declared, when oppositionist Socialist representatives attempted to sneak the flag of the European Union into the assembly room during Monday’s plenary session. “I am well aware of the fact that members of the Socialist factions cannot tolerate the national flag at least without another one, may it be the red flag or the EU flag,” said Köver. “But this is the assembly of Hungary. You may post this flag, if another nation will hold assembly here.”

Earlier this year Jobbik MP Tamás Gaudi Nagy threw the EU flag out of a window of Parliament as part of a political protest.  In its place, a Sekler (“Székely”) flag  appeared shortly afterwards in solidarity with Transylvanian ethnic Hungarians in Romania after the flag was banned by Romanian prime minister Victor Ponta from public buildings.

The Socialist MPs were trying to replace the EU flag that had been so unceremoniously defenestrated earlier tihs year.

This is the second time that a parliamentary session chairman of the governing party ordered the EU flag out of the plenary. Previously, János Latorczai made a move similar to Kövér saying that “the EU flag…is not a national minority flag, so it has nothing to place in the assmebly chamber.”