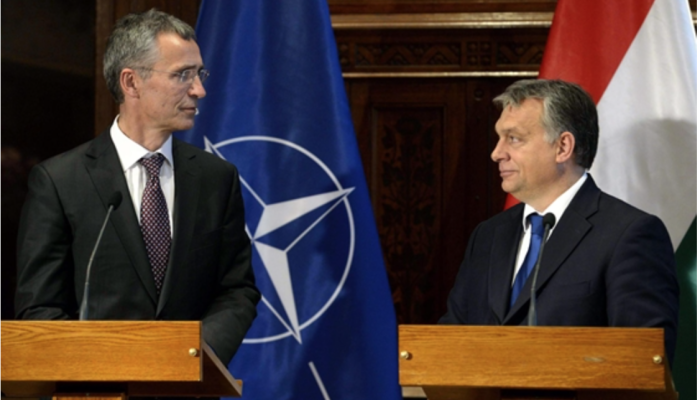 According to hvg.hu, the prime minister’s press officer, Bertalan Havasi, explained the situation by saying the press conference was not open to the press because the two leaders only made statements, and the journalists present (belonging to state media) were not allowed to ask questions.

Strangely, Hungary’s state-run news channel M1 was permitted to broadcast the press conference live and run a story about statements made at the event.

According to Hungarian news site origo.hu, Havasi asked the RTL Klub television crew to leave the area because their press credentials were only valid for the plenary session of parliament.

444.hu reports that according to one witness, Havasi asked the parliament security guards to escort RTL Klub’s crew from the scene but the guards did not want to comply.

Hvg.hu and 444.hu say they, too, did not receive invitations to the press conference.