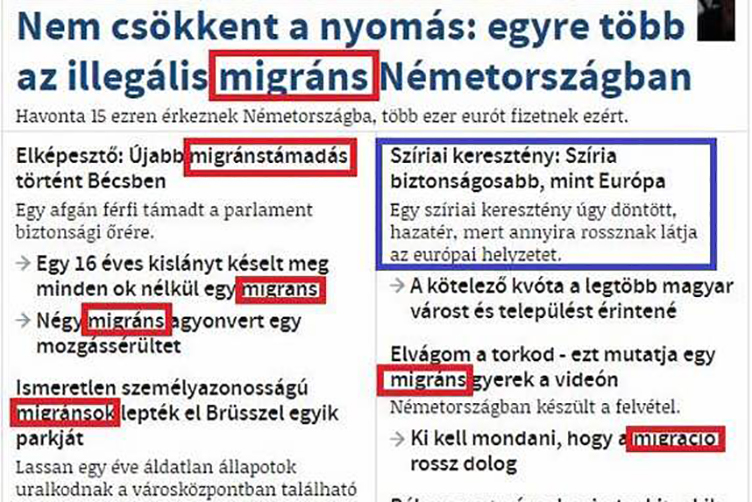 Pro-government daily online Origo, which original owner Magyar Telekom sold in December 2015 to a company owned by central bank governor Gyorgy Matolcsy’s cousin, showed its true color yesterday: Fidesz orange. Nearly every single article appearing on Origo’s main page was about the threat to public security and order posed by migration, with fourteen out of seventeen headlines feature the words “migrant” or “migration.” 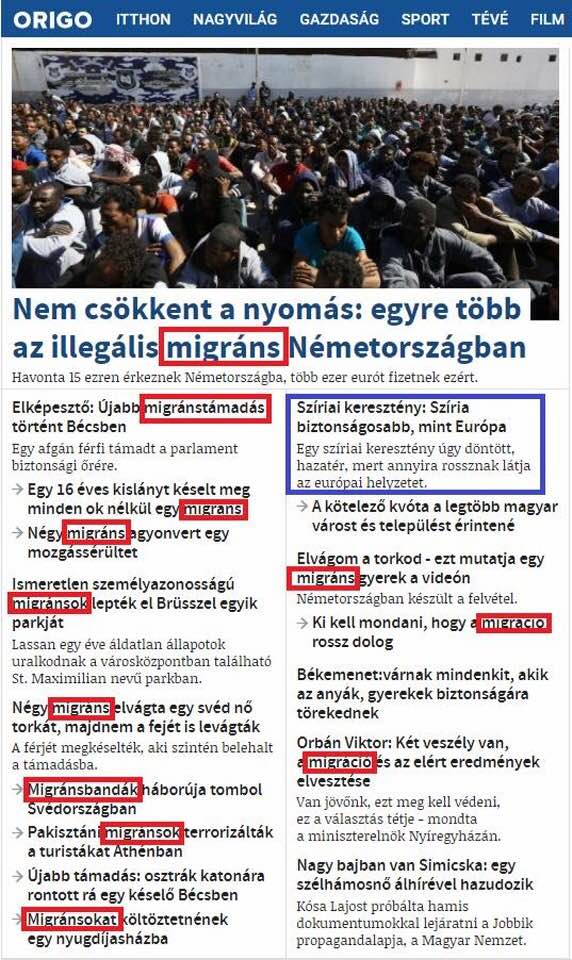 Beneath a photograph of hundreds of angry-looking young men of African and Middle-Eastern origin huddled close together, the banner headline proclaims that “The pressure has not decreased: there are more and more illegal immigrants in Germany.” According to the short synopsis which follows, “15,000 arrive every month, paying several thousand euros for this.”

The following headlines and short synopsis appear on the main page below the banner headline:

“A migrant stabbed a 16-year-old girl for no reason.”

“Four migrants cut a woman’s throat. They nearly cut her head off.  They stabbed her husband as well who also died in the attack.”

“Another attack: a knife-wielding assailant attacks soldier in Vienna.”

“They would move migrants into retirement homes.”

“The obligatory quota would affect most Hungarian settlements.”

“I’ll cut your throat – this is what the video of a migrant child showed. The video was taken in Germany.”

“It must be said that migration is a bad thing.”

“Viktor Orban: There are two dangers. Migration and the loss of results reached. We have a future. We need to protect this.  This is at stake in the election says the prime minister in Nyiregyhaza.”

The only article not directly or indirectly about the threat to public order and security posed by migration is the final one: