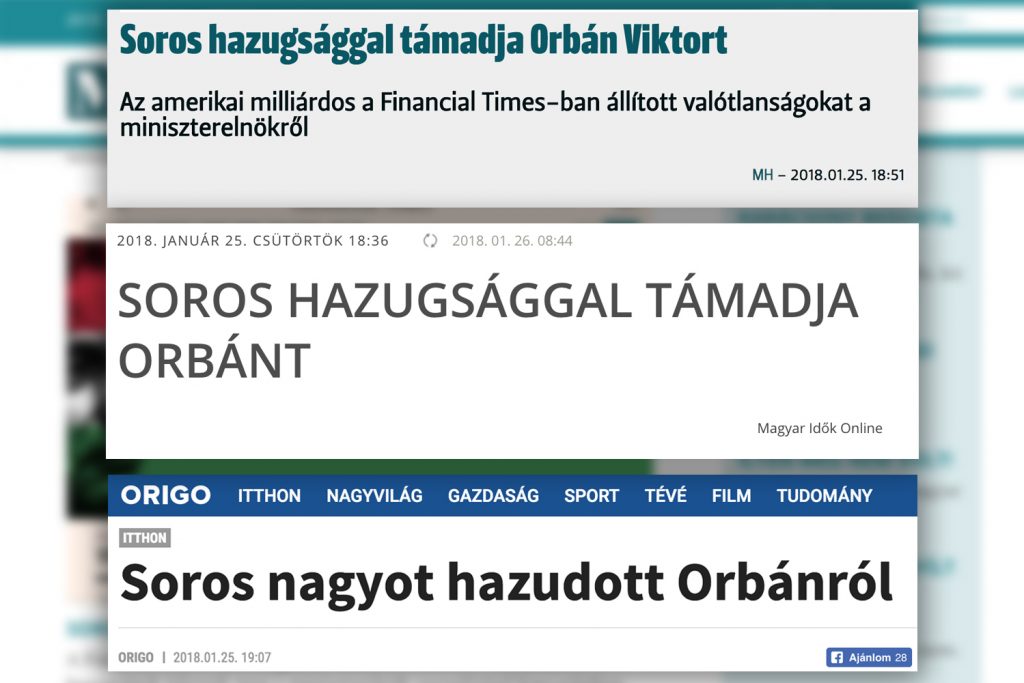 This story starts with a profile piece of Orbán published Thursday in the Financial Times. In it, financier-philanthropist Soros, recounting a 1999 revelation, states that Orbán started “going wrong when he made his father rich by giving him a quasi-monopoly on road-building materials, which was a big source of wealth.”

The same day that the FT published its profile on Viktor Orbán, Hungarian investigative journalism NGO Direkt36 published its own article showing evidence of how companies belonging to the members of the Orbán family are able to take part in lucrative state development projects.

(This is not the first time Direkt36 has published about the Orbán family’s business dealings. In fact, they have published quite a bit about the suspicious business dealings of individuals close to the prime minister, including his son-in-law, István Tiborcz (whose former company is the subject of scandal involving EU-funded street lights).)

Responding to the Soros allegation, Hungary’s pro-government propaganda outlets fired back on Thursday night with the following headlines:

According to these sites, who all write pretty much the same thing, Soros lied to the Financial Times because 2015 data from Hungary’s Central Statistical Office show that there were 301 companies whose primary business activity involved quarrying and sand and clay mining, and Orbán’s father’s business has a market share of only 4-6 percent.