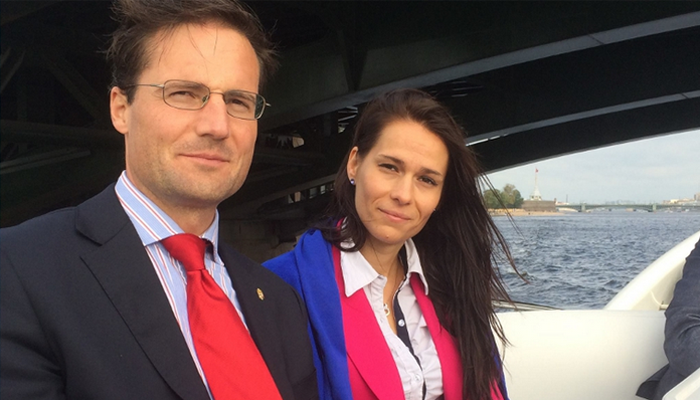 Two Jobbik election observers have been officially banned from Ukraine after traveling to the Dombass region to serve as part of an “international” contingent of informal election observers.  Jobbik MPs Márton Gyöngyösi and Adrienn Szaniszló joined a number of political extremists traveling to Donetsk and Luhansk via Moscow to lend dubious legitimacy to Aleksandr Vladymirovich Zakharchenko’s election as the prime minister of the self-proclaimed Donetsk People’s Republic. The election results have only been officially recognized by the Russian government.

The United Nations has described the elections as an infringement of the Minsk ceasefire agreement.

The elections were observed by representatives of various extreme political parties from Europe, including Austrian ultra-Conservatives, the National Party of Serbia, Italian fascist party Fiamma Tricolore (Tri-color Flame) and the Communist Party of Greece.

Gyöngyösi and Szaniszló are not the first Jobbik participants to be barred from entering Ukraine.  Previously Jobbik MEP Béla Kovács was refused entry after he traveled to Crimea to “observe” elections orchestrated by Russia.

According to their Facebook pages, Gyöngyösi and Szaniszló met with war refugees from Luhansk, as well as representatives of the self-declared Donetsk People’s Republic.

Gyöngyösi so far was unavailable for comment. He told VS.hu that he will react to the news upon his return to Hungary.