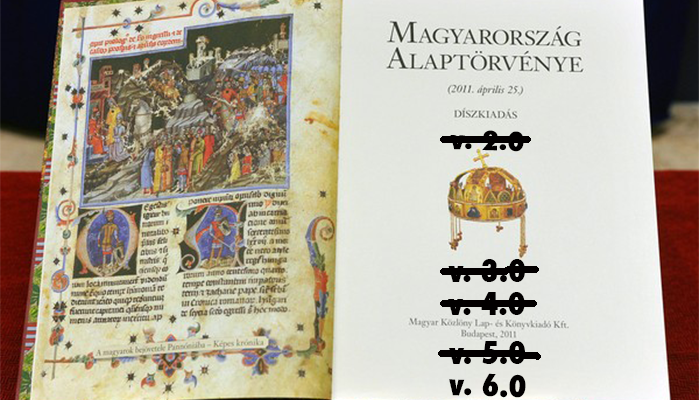 “The Hungarian government has done its lawyerly homework and tried to law-proof [the constitutional modification] against the most obvious international challenges. The appeal to constitutional identity will keep the European Commission busy for a while figuring out how to frame an infringement action in response to this ‘in your face’ rejection of its common policies.” – Kim Lane Scheppele

According to Princeton University’s Kim Lane Scheppele, Prime Minister Viktor Orbán may be trying to use a loophole in EU law to avoid having to take any refugees as part of a wider EU burden-sharing initiative. Scheppele warns that, if used indiscriminately as she fears it will be in Hungary’s case, this loophole may “undermine EU law.”

Orbán yesterday submitted his proposed modification to Hungary’s constitution, the Fundamental Law — the seventh since the Fidesz-KDNP political alliance used its two-thirds majority to adopt a new constitution “carved in granite” in April 2011 over the objection of the political opposition.

According to the prime minister, the anti-EU refugee quota referendum of October 2 was a stunning success, with some 3.3 million Hungarians voting “No” on whether the EU should be able to mandate the settlement of non-EU citizens in Hungary without the consent of Parliament.

Despite stating in the run-up to the referendum that only a valid referendum would have legal consequences (without specifying what they would be), on the day of the vote itself Orbán declared his intention to modify the Fundamental Law even in the case of an invalid referendum so long as the number of “no” votes exceeded the “yes” votes.

Based on the wording of the prime minister’s proposal, the Hungarian constitution would be amended to refer to the legal notion of “constitutional identity” — which is EU legal jargon for a loophole that allows Member States to circumvent EU law.

“Constitutional identity is a code word in EU law for [cases in which] a Member State of the EU claims that its own national traditions, laws and interests are so special that it cannot follow a particular EU law,” says Scheppele, the Laurance S. Rockefeller Professor of Sociology and International Affairs in Princeton University’s Woodrow Wilson School.

She points out that the term is referenced in Article 2 of the Treaty on European Union and is one of the few excuses EU Member States offer when trying to have their national law exempted from having to comply with EU law.

There is precedence for Member States invoking national/constitutional identity.

According to Scheppele, “the German government invokes this more than anyone to promote higher standards than EU law requires.”  However, she believes it is hard to make the case for exemption when a Member State has lower standards.

Scheppele warns that, notwithstanding Hungary’s membership in the EU, if the constitutional modification is adopted by the National Assembly, the Constitutional Court would become the final judge of what is legal in Hungary.

She suspects that the Hungarians are “hiding behind” the fact that the Federal Constitutional Court of Germany has always asserted Germany’s prerogative in this regard. The constitutional expert further points out that “it is also what the Russian government now asserts with regard to the European Convention on Human Rights, so this seems to be yet another legal formulation that migrated from Russia to Hungary.”

“The Hungarian government has done its lawyerly homework and tried to law-proof [the constitutional modification] against the most obvious international challenges. The appeal to constitutional identity will keep the European Commission busy for a while figuring out how to frame an infringement action in response to this ‘in your face’ rejection of its common policies.

“Ultimately, the Court of Justice makes the ultimate decision on what’s in and what’s excluded from claims of constitutional identity,” Scheppele says.