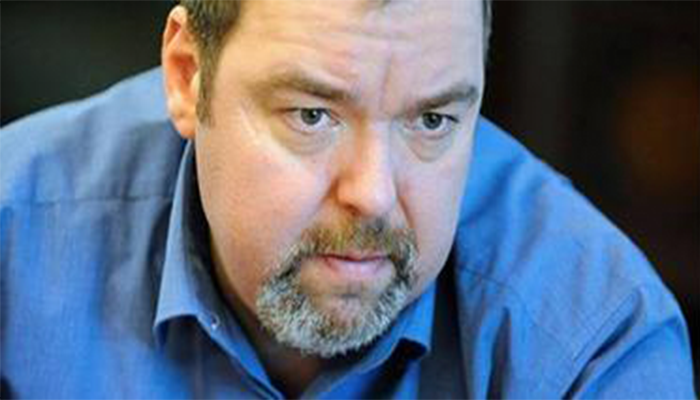 Fidesz MP Laszlo L. Simon submitted a bill on Monday that would levy a special tax on the advertising revenues of Hungarian media outlets.

A bill was submitted to the Hungarian parliament on Monday that would levy a media tax on the advertising revenues of newspapers, magazines, radio stations, televisions stations and billboard companies.  The nature and size of the tax has sparked outrage even on the part of pro-government media outlets.  Some sixty independent media outlets have announced that they will suspend broadcasting for 15 minutes Thursday evening in protest.

RTL Hungary responded by pointing out that the revenues raised under the new tax on the public purse – around HUF 8 billion (USD 36 million) – would be “not much more that what the Hungarian National Bank will spend on advertising this year”, but that roughly half the tax burden would fall on RTL.  The German-owned media company says it paid more taxes last year than the entire amount the government hopes to raise with the new tax, leading many to conclude that the government’s main objective is not to raise revenues but to induce the German owners to sell the company.

Earlier this year loss-making TV2 was reportedly acquired by a business associate of Fidesz oligarch Lajos Simicska who, in addition to owning Közgép, one of Hungary’s most successful and profitable construction companies thanks to numerous lucrative government contracts, also owns a number of pro-government media outlets.

According to a statement issued by RTL the proposed tax would generate losses “in the many billions of forints and threaten the economic viability of the largest independent media company in Hungary”, as well as threaten the livelihood of some 600 employees.

Hungary’s largest independent broadcaster said it remained committed to producing quality programs and independent news in Hungary, which may help explain why the government seems intent on putting RTL out of business.

State Secretary Janos Lazar reacted to RTL’s statements by telling reporters: “RTL threatens the country, blackmails its viewers and politicians.  It would be good to practice this at home in Germany and not in Hungary.”

Lazar claimed that the government planned to use the additional tax revenue to fund the development of schools and hospitals (both of which were defunded under the second Orban government), “fair apportioning of public expenses being an important guiding principle of the government”.  “In Hungary everyone has the obligation to pay taxes according to their ability and the economic results,” he said, pointing out that it was for this reason that special taxes had been levied on the banking, energy, trade, telecommunications and insurance sectors.

According to Lazar the cabinet had decided that multinational media companies enjoying significant revenues from advertising should contribute more to public finances.  “There wasn’t enough political courage over the past 20 years to do so but now the government is giving serious consideration to Laszlo L. Simon’s proposal.”

Lazar said there was “nothing strange about media companies coming together” to oppose this tax and pointed out that competing banks had done the same before the introduction of the bank tax.  Lazar told reporters he did not believe the size of the tax had any implication for democracy or freedom of the press: “Hungary will remain a democracy even if taxes must be paid.”

He accused certain media outlets of abusing their position and trying to exert influence over the government.

Lazar said the government did not initiate the law but rather Simon in the interest of reducing the danger of “advertising infection”. He complained that “it is not possible to watch a film to the end because they always insert ads”.

On whether the size of the tax might be moderated, Lazar said the Fidesz parliamentary delegation would decide this.  “The introduction can be postponed but cannot be finally swept from the table.”