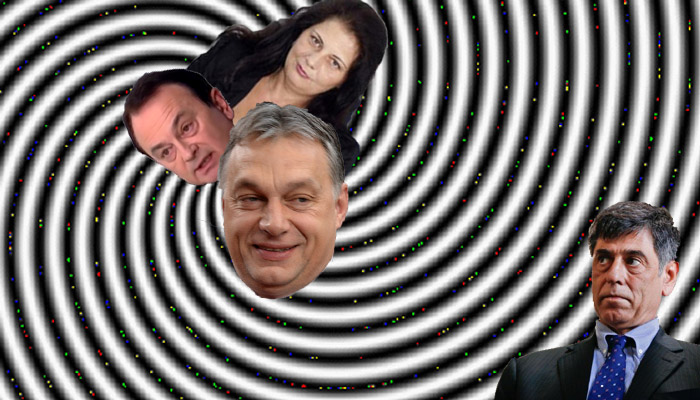 Like a bad episode from the Twilight Zone, Hungarian prosecutors today asked the Ministry for Foreign Affairs and Trade to arrange for US Embassy Chargé d’affaires André Goodfriend’s immunity from prosecution to be lifted so that he can be tried in Hungary for defamation.  Thanks to changes made to the criminal code under the current Fidesz-KDNP government, defamation is now a felony punishable with up to three years in prison.

In October, Tax and Customs Administration (NAV) president Ildikó Vida acknowledged being one of the six Hungarian citizens temporarily banned from entering the United States.  The travel ban was issued on the basis of Presidential Proclamation 7750, which allows the United States Department of State to restrict the ability of corrupt foreign officials to enter the US.  Vida denies any wrongdoing.  Hungarian prosecutors claim that in the absence of any compelling evidence, they are unable to investigate her.  So they’ve decided to investigate Goodfriend instead.

Last week Vida reported Goodfriend for defamation to Hungarian authorities at the insistence of Prime Minister Viktor Orbán, who told parliament two weeks ago that if she failed to do so he would replace her.  She has filed a separate charge of “impugning her good name” against Goodfriend in civil court.

The United States Department of State responded to these developments last week by saying it is disappointed “that an illegal attack is taking place [against Charge d’affaires André Goodfriend]”.  Nol.hu quotes Assistant Secretary Victoria Nuland as saying that “(i)f what we’re reading about the lawsuit against [Goodfriend] is true, then we are even more disappointed that the [Hungarian government] would treat an American diplomat in such a way”.

Last week Vida’s attorney, Barnabas Futo, appeared on ATV’s Egyenes Beszed (Straight Talk) to discuss the merits of his client’s lawsuit.  Barnabas said the lawsuit had nothing to do with Orbán’s insistance that Vida sue Goodfriend for defamation, but rather was prompted by the subsequent publication of an interview with the US diplomat in pro-government weekly Heti Valasz in which Goodfriend failed to avail himself of the opportunity to clear Vida of all allegations of corruption.

According to Futo, the articles contains statements by Goodfriend which, in his opinion, are defamatory.

When asked by Egyenes Beszéd hostess Olga Kálmán about the fact that Goodfriend never once mentioned Vida’s name, Futo responded that it did not bother him at all because Goodfriend’s statements “suggest, which is a legal category, that [Goodfriend] believes that Ildikó Vida has engaged in acts of corruption.”  Vida’s attorney then proceeded to read aloud the allegedly defamatory statements made by Goodfriend appearing in the Heti Valasz interview.

Goodfriend: “There are members of the Hungarian government who are taking part in corruption.”

Heti Valasz: “So does the U.S. think that Ildikó Vida is involved in corruption, or do you think that she simply didn’t do enough to stop corruption from taking place?”

Goodfriend: “The visa bans aren’t about people not doing enough to prevent corruption….”

Vida’s lawyer claim’s Goodfriend’s answer was defamatory even though he never mentioned his client by name.

Government critics and legal experts point out that Goodfriend has never singled out Vida for criticism.  Nor has he ever confirmed that she is among the six Hungarians put on the travel ban list.

However, legal niceties mean little in a country whose government is in the habit of staging show trials as a way of manipulating domestic popular opinion (and swaying voters). Often the subject of the government’s wrath is tried, convicted and sentenced in the court of public opinion long before the individual faces trial (assuming prosecutors even get around to pressing charges).  Such politically motivated character assassination is made possible by the fact that a number of Hungarian media outlets are owned or otherwise controlled by Fidesz oligarchs such as Gábor Széles (Magyar Hírlap, ECHO TV), Lajos Simicska (Magyar Nemzet, TV2) and Zsolt Nyerges (Heti Válasz, Class FM).

Recent history abounds with such examples: