Police say the flagpole standing in front of the Hungarian Parliament incurred some HUF 660,000 (USD 2,450) in damages during an anti-government street protest in April, and are holding a single protester responsible for paying the damages. 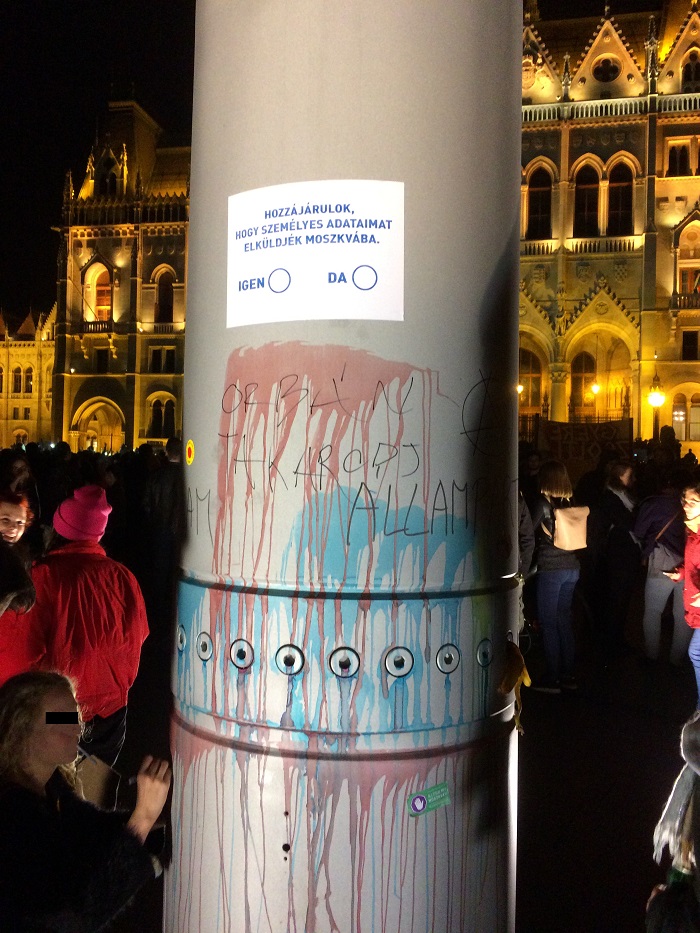 According to index.hu, the protester was searched by police after being photographed on April 12 writing on the flagpole with food coloring during a large protest in front of Parliament. According to police documents, the suspect “tainted the pole with an unknown kind of paint, and wrote the following text on its surface with a felt pen: ‘We came to consult’ and ‘Party state’.”

A search of the suspect allegedly produced a felt pen, a highlighter and empty boxes of food coloring.

The suspect is charged with a property crime of high value, which is punishable by up to three years jail time. 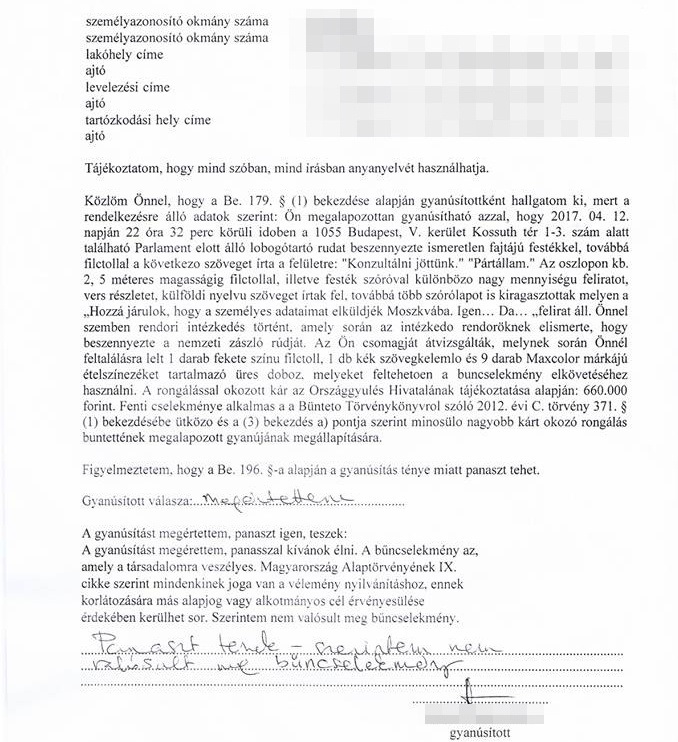 Responding to the charges, the suspect wrote, “I assume that if Marci [and Gergő] received a total of 500 hours public work for 23,000 forints in damages, then I can count on 3 million, thirty-six thousand hours.” This was a reference to the sentence received by two other activists for throwing paint at the Presidential Palace during a protest, causing minimal damage.

Responding to questions from Index, the National Assembly office claimed that a major segment of the flagpole had to be repainted to cover the food coloring and felt pen markings, costing the office HUF 660,000, plus tax.