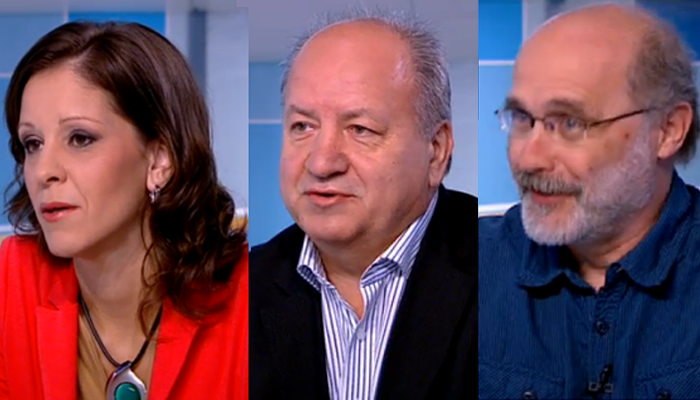 According to a recent report on the distribution of wealth in Hungary entitled “The Hungarian Pear”,  there is an elite of 200,000 people (2%) at the top, an upper middle class of around one million professionals and entrepreneurs (10%) and over two million living in poverty at the bottom.

Meanwhile a Tarki report found that 250,000 children in Hungary are not adequately nourished, with around 50,000 going hungry on a regular basis.

Hungarian Socialist Party (MSZP) politician Lajos Korózs, a sociologist by training, told ATV Start an estimated 4.8 million Hungarians, or roughly half the population, now live below the official subsistence level of HUF 87,510 (USD 392) per month, up from 3.7 million in 2010.  He says that whereas typically in Europe the middle class makes up 44 percent of the population, in Hungary not more than 14% can be considered middle class.

The main problem is a lack of decent paying jobs, especially in the economically disadvantaged north, south-west and centre of the country.

Prime Minister Viktor Orbán recently claimed that Hungary’s public works programmes have created 250,000 jobs since his party’s election victory in 2010, adding that “public work should be respected because many people have not worked for 10-15 years, so it’s very important that a path be opened for them to the world of work”.  Meanwhile Fidesz Chancellor János Lázár said the government is aiming to get everyone of working age into public works schemes, at the very least, from January.

The problem is that these jobs generally involve menial work, pay less than minimum wage and rarely last for more than a few months.  According to the Central Statistical Office,  Hungary’s official unemployment rate fell to 8% by May.  However, these statistics do not include 300,000 job seekers who are not registered for benefits, or the hundreds of thousands of Hungarians who have taken jobs abroad for lack of decent paying jobs at home.

On the improved unemployment numbers, economist Bálint Török said in April that “two-thirds of this fall has been due to the expansion of public works programmes, a temporary solution until economic growth creates jobs in the private sector”.

The four-fold increase in public spending on public works programs has led opposition politicians to accuse the government of using public work to massage unemployment statistics.

“The money needed to support the state’s public works programmes is now four times what was initially required,” Bernadett Szél of Politics Can Be Different (LMP) said in an interview on ATV’s Start morning show. “The government pledged another HUF 47 billion (USD 210 million) but this is no longer enough,” Szél added, before calling for a more focused approach to combating poverty and addressing employment issues.

Those on public works schemes were grossing HUF 78,100 (USD 350/EUR255) a month in the first two months of 2014, a third of the average monthly full-time wage of HUF 226,200 (USD 1000), according to a Tarki poll. As those earning less than EUR 260 are considered poor, those on public works schemes are categorised as such, along with almost half of the Hungarian population.

“We are losing the fight against inequality,” Szél said. “We need more new jobs. Fidesz has done nothing except make cosmetic changes since 2010.” She questioned the Ministry of the Interior overseeing the schemes: “This is not a law and order issue but a social issue.”

According to Szél, not only is the government’s policy cosmetic, it is also short-termist. “There is no pretence of improving the long-term employment prospects of those on public works schemes. They will just lead hundreds of thousands into public works schemes when they need it,” by which she meant in the run-up to national and municipal elections.

According to Szél “reforms are long overdue and they need to be sustainable and be a door to free market employment”.

Sociologist Ferenc Krémer told ATV Start that the notion public work somehow leads the long-term unemployed back to the job market is “a total lie”.  He says public work is a segregated work market existing independently of the real job market and there is virtually no movement between the two.

While acknowledging that county jobs centers do a relatively good job matching available public works jobs to jobseekers’ education, background and skills, he criticizes the schemes for fostering a high degree of dependency in the countryside, particularly personal dependency on village mayors, a situation Krémer calls “unacceptable”.