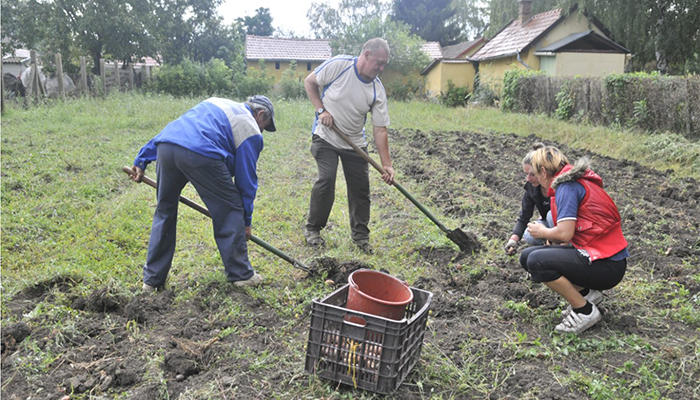 The number of Hungarians engaged in public works stood at 162,169 in March, down 22 percent on the previous month and 11.4 percent on March 2016, according to Hungary’s Central Statistical Office (KSH), reports vg.hu.  During the first quarter of 2017 out of 4.3 million Hungarians between the ages of 15 and 74 either employed or actively seeking work, 200,000 were employed as public workers.

Numbers engaged in public work ranged from 1,200 in Győr-Moson-Sopron in the west, one of Hungary’s must affluent counties, to 30,825 in Borsod-Abaúj-Zemplén in the east, one of its poorest.

According to the deputy undersecretary for public works and water affairs at the Ministry of the Interior, the Upper Tisza Region Water Directorate alone employed more than 1500 public workers, writes vg.hu. The online daily also reports that in March most of the public workers were between the ages of 26 and 56, and that women made up the majority and were twice as likely to have university diplomas as their male counterparts.

Vg.hu reports that over half of Hungary’s public workers were engaged in simple service or delivery activities.  14,300 worked in agriculture, 7,800 in construction, 6,500 as cleaners or laborers, and 5,600 as administrators.

According to the Ministry for National Economy, in March the number of registered job seekers was 350,081, an 18.3 percent increase over February, an increase vg.hu attributes to the conclusion of a number of public works programs, leaving these workers rejoining the ranks of job seekers.