Quaestor: The anatomy of a pyramid scheme 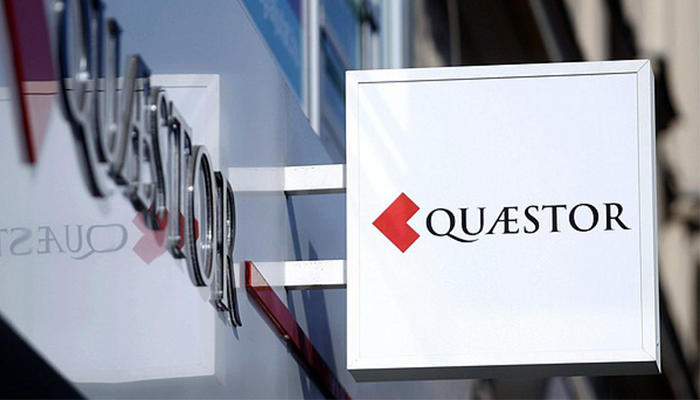 On March 9, 2015 the bond-selling division of Budapest-based financial services company Quaestor declared that it had defaulted on the payment of HUF 3-4 billion of bonds.  It appears the default was triggered by a cash pay-out of HUF 3.8 billion (USD 13.6 million) to the Hungarian National Trading House, a company owned by the Ministry of Foreign Affairs and Trade.  Reportedly, the company demanded the return of state securities on deposit at Quaestor, but which the broker house appears to have sold without the owner’s knowledge or consent.

The following day MNB announced that Quaestor’s bond-selling unit, Quaestor Financial Hrurira Kft, had sold HUF 150 billion (USD 538 million) of “fictive bonds”, that is bonds not tied to some potentially income-generating investment.  Combined with another HUF 58 billion of bonds authorized by the National Bank of Hungary (MNB), Quaestor owed investors a total of HUF 210 billion (USD 753 million)—an amount equal to 0.7 percent of GDP–when it announced that it was filing for bankruptcy.

Inexplicably, the filing did not take place for two weeks despite company owner and CEO Csaba Tarsoly twice declaring that the company had filed bankruptcy, and when it finally took place on Friday, March 20 it was rejected by the court on technical grounds.

Napi.hu writes that Tarsoly often complained that he was never accepted by the “creme” of the broker industry.  He was never invited to serve on the Budapest Stock Exchange board of directors or oversight committee.   Nor was Quaestor known for undertaking successful investments.  In fact, most real estate projects undertaken by the company ended up being loss making.

The sale of bonds started small in the 1990s.  The first bonds yielded 13.75 percent per annum.  The purpose was to raise money for the construction and operation of a hotel in the Danube Bend that was to later close its doors.  In 2001 the state financial organizations oversight authority (PSZÁF) authorized the sale of HUF 10 billion of bonds over a period of three years, which, according to napi.hu, ended up being sold over 18 months.  The economics daily writes that the interest was always high but never unusually so, with bonds yielding upon maturity 2 percentage points more than what banks were offering depositors, although initially the company did offer interest premiums.

The sale of bonds was undertaken by a network of several hundred brokers.  Through the end of the first decade of this century, Quaestor posted annual earnings of between HUF 10 million and HUF 200 million annually on the sale of bonds.

Given the pronounced lack of profitable investments, napi.hu writes that it was a mystery how Quaestor was able to pay interest on the bonds which, initially, amounted to some HUF 1-2 billion annually but eventually increased to HUF 3-4 billion.  In addition, Quaestor spent some HUF 500 million (USD 1.8 million) annually on the Győr football club it owned (an indispensable hallmark of affluence and prestige in Hungary providing access to leading politicians of every stripe, as well as high-ranking government officials).

The last bond issue was authorized by the Hungarian National Bank in November 2014.  At that time the central bank increased from HUF 50 billion to HUF 70 billion the limit of the bonds Questor could issue in a given year.

Most of the money went to interest, marketing and football

Although only Tarsoly knows for sure, napi.hu estimates that interest expenses over the past 15 years amounted to some HUF 50 billion (USD 179 million).  An additional HUF 10-15 billion (USD 35-53 million) was spent on marketing and football.  This is already more than the HUF 58 billion worth of lawfully sold bonds.  Taking into account the face value of the fictive bonds and the interest due, the amount exceeds HUF 100 billion.

Napi writes that the constant buying back of bonds required a high level of liquidity which was also expensive, and speculates that part of the money was invested in state paper yielding interest “since the HUF 3.8 billion paid to the foreign ministry-owned company on March 9th had to have come from some place.”

Napi.hu concludes that most of the HUF 210 billion went to maintaining the pyramid scheme.  “Although it might have continued for some time, the sorry end was predestined from the beginning of 2000. And Tarsoly knew it.” 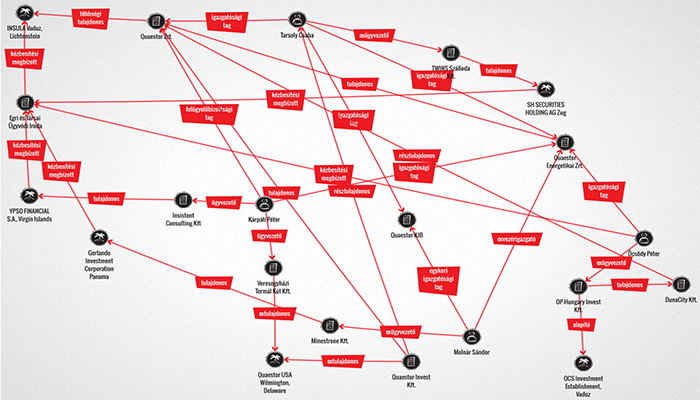