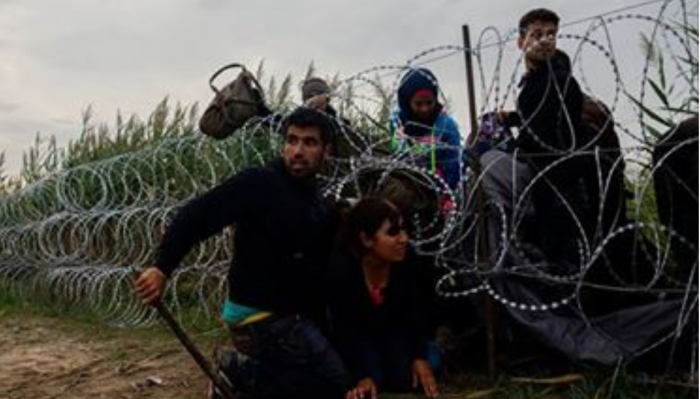 Not since the outset of the Middle East refugee crisis have so many asylum seekers entered Hungary in a single day. On Tuesday, 2,958 crossed into Hungary from neighboring Serbia, including 698 children, according to the Csongrád county Police Department.

The area around Rösze continues to be the most active entry point for migrants making their way from Syria, Pakistan and Afghanistan to Germany and Scandinavia via southern and eastern Europe.

Ruling party Fidesz and extreme-right Jobbik politicians have called for an emergency session of parliament to make unlawful border crossing a criminal act and to authorize the Hungarian army to defend the southern border from waves of migrants.

Beyond stigmatizing asylum seekers and building a useless border fence, the government has done very little to alleviate overcrowding in Hungary’s main refugee camps other than adopt legislation effectively denying asylum to those arriving by way of Serbia and other “safe” countries.