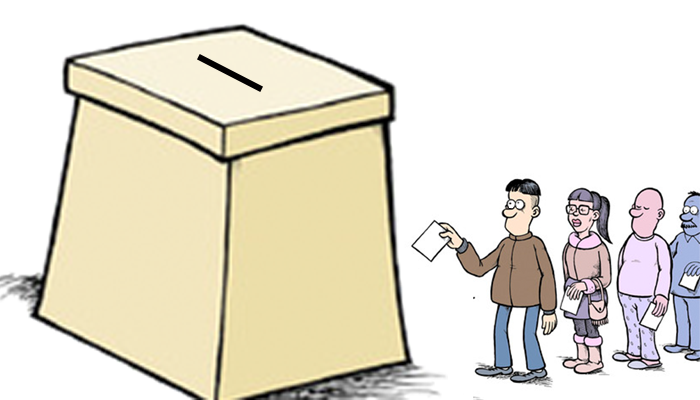 Opposition parties – including far-right Jobbik – in Hungary have been called on to take part in a concerted effort to challenge two issues with referendums: the redevelopment of Budapest’s City Park (Városliget) and government plans for Budapest to host the 2024 Summer Olympics.

Hungarian news site Index.hu reports the referendums’ organizers hope the opposition parties will campaign together to challenge the issues at the ballot box.

Budapest’s election committee announced in December that it had given the green light for the two referendums.

“Do you agree that the Városliget construction regulations should not allow for new museums to be built in Városliget?”

“Do you agree that the Budapest City Council should not submit a tender to host the 2024 Summer Olympics and Paralympic games?”

Karácsony and Erdélyi agreed to campaign together for their respective referendum issues, which means the two camps plan on gathering signatures and sharing money raised to see the referendums through. Both called on civil organizations and opposition parties to assist.

Karácsony and Erdélyi have reached out to opposition parties, including extremist Jobbik, to help with the campaigning.

According to Index, the Hungarian Socialist Party (MSZP), the Democratic Coalition (DK), Together (Együtt), Dialogue for Hungary (Párbeszéd Magyarországért), Politics Can Be Different (LMP) and Jobbik were approached to help. The organizers hope everyone will campaign with the same slogan — “Hajrá Budapest!”, or “Go For It, Budapest!”.

The organizers are still waiting for a pending lawsuit (which challenged the referendums) to be concluded within the new few weeks. Should the court uphold the Budapest election committee’s decision green-lighting the referendums, the organizers hope to start collecting the 140,000 signatures required to put the referendums on the ballot sometime in late January.

This is a big test

Since 2010 Hungary’s democratic opposition parties have yet to successfully challenge anything foisted upon the country by ruling party Fidesz. The 2014 elections showed them to be simply incapable of working in a cooperative, concerted manner to challenge the governing Fidesz-KDNP political alliance.

Should opposition parties succeeded in challenging anything, it would offer voters a glimmer of hope in the run-up to the 2018 national elections.

What does this test depend on?

Róbert László, an election expert with political consultancy and think-tank Political Capital, says it is too soon to say what the outcome of any such concerted effort would be. The referendums can only be considered as a serious challenge to Fidesz’s plans once the two issues make it on the ballot.

According to László, there are a number of factors to take into account. The court must first render its decision on whether to uphold the election committee’s green light on the referendums. Once that hurdle is overcome, the next step is to successfully gather the required amount of signatures.

László says the referendum’s organizers must gather well beyond the minimum amount of signatures because many of the signatures are likely to be ruled invalid.

Assuming the referendums’ organizers are able to clear all these hurdles, the parliament will be obliged to hold the referendums.  It is altogether another question whether the opposition parties succeed in mobilizing sufficient support for the referendums to actually pass.