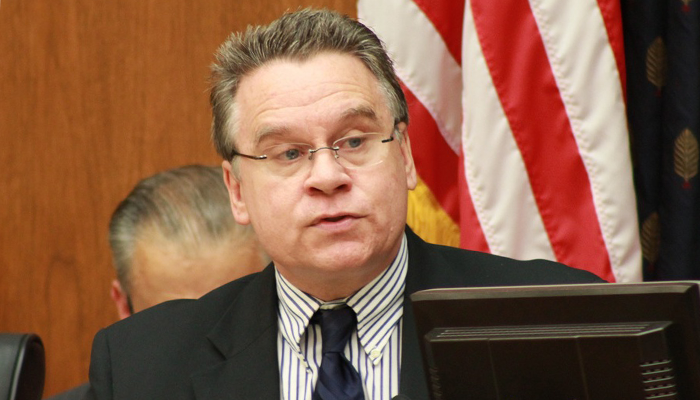 Representative Chris Smith of New Jersey has been appointed by Speaker of the House John Boehner as chairman of the Commission on Security and Cooperation in Europe, also known as the Helsinki Committee, during the 114th Congress.

Previously Rep. Smith served as the co-Chair.   He broke ranks with previous commission chair Ben Cardin (D) by failing to attend committee hearings on Hungary held in 2013 and by undermining the commission’s work with his outspoken support of the government and policies of Prime Minister Viktor Orbán.

Last year Smith gave an interview to Hungarian pro-government weekly Heti Valasz in which he, among many other things, compared Orbán to former US president Ronald Reagan and called Orbán “a champion of human rights”.

Hungarian Spectrum publisher Eva Balogh told the Budapest Beacon that Smith’s comments were “completely ridiculous” and she speculated that what really draws Smith to Orbán is the latter’s professed opposition to abortion.

The author of this article tried numerous times to contact Rep. Smith regarding the Heti Valasz interview, to no avail.

In October 2014, the Budapest Beacon sent an open letter to Representative Smith, calling on the congressman to find time for an interview. Another attempt to reach him was made in December 2014 following Senator John McCain’s speech on the Senate floor during the confirmation of US ambassador-designate to Hungary Colleen Bell.

Representative Smith failed to respond to both requests.