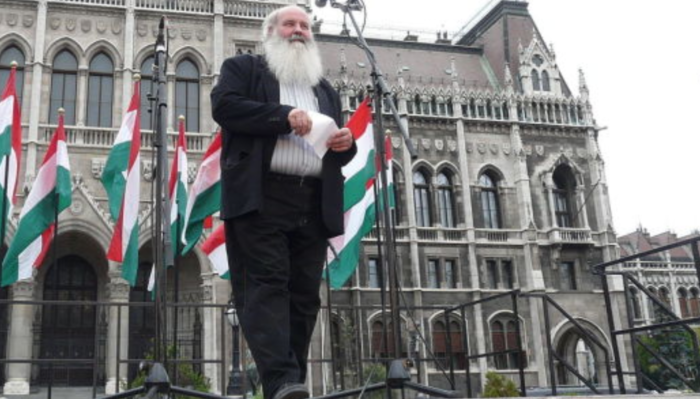 Reverend Gábor Iványi of the Hungarian Evangelical Brotherhood has announced his intention to auction off three state awards bestowed upon him by three different Hungarian presidents and to donate the proceeds to charity.  The Methodist clergyman and former SZDSZ politician received his first state award from Árpad Göncz in 1997, another from Ferenc Mádl in 2003, and one from László Sólyom in 2006.

“On all three occasions, I was recognized by the President of the Republic for the work that my colleagues and I had performed for decades,” Iványi said in a statement released to the press. “My current decision is prompted by my desire to protest against the hate-mongering, racism, and verbal abuse that has become an everyday occurrence in Hungarian politics, and which itself deserves special recognition.”

Iványi says his decision also comes as an act of solidarity with all the other notable Hungarians who have returned their prestigious state awards in recent days in protest after publicist Zsolt Bayer was awarded the Knight’s Cross of the Order of Merit of the Republic of Hungary.

“For this reason, I will follow Miklós Haraszti’s example and put my awards up for auction,” Iványi writes. “I will offer up money earned from the sale of [the medals] to those who are affected by exclusion.”

Haraszti, a former Organization for Security and Co-operation in Europe Representative on Media Freedom and UN human rights rapporteur, announced Wednesday that he, too, would be ridding himself of the award granted to him by the state in 2005.

He said he would auction his award and donate the proceeds to a foundation.

According to Hungarian news site 444.hu (which has launched a “returned awards counter”), the number of Hungarians who have returned their awards in protest now stands at 95.