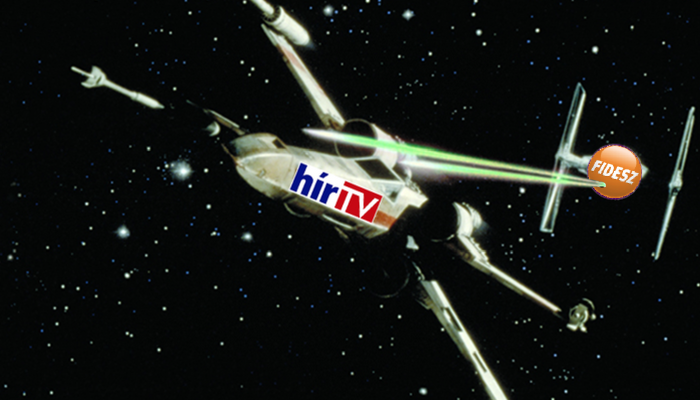 Former Fidesz oligarch Lajos Simicska has no intention of selling off any of his media portfolio’s holdings, a source close to the Prime Minister’s new media empire tells Hungarian news site Népszabadság.

Last week, Népszabadság reported that Mária Schmidt, the millionaire managing director of the Terror House and confidant of Prime Minister Viktor Orbán, had expressed an interest in purchasing online daily news portal Origo.hu from Magyar Telekom with a company she incorporated earlier this year, Médiaháló Kft.

Népszabadság tried to find out more from Schmidt regarding her interest in Origo, but the Terror House director declined to comment. Other sources close to the government have confirmed to Népszabadság Schmidt’s interest in purchasing Origo.hu.

Despite rumors that Schmidt is also interested in acquiring pro-government weekly magazine Heti Válasz, this has yet to be confirmed.

Despite his employer’s connection to Simicska, Borókai was critical of the media and construction magnate after Simicska brought up the prime minister’s past as an agent for the communist government with conservative on-line news and commentary portal Mandiner.

While it is clear that the government and Fidesz party members are virtually barred by Fidesz from speaking with or appearing on Simicska-owned media outlets, Heti Válasz appears to be the exception. However, apart from Minister for Rural Development Sándor Fazekas, no other government official has appeared in the weekly.

Hungary’s so-called conservative intelligentsia, opinion leaders, and journalists think the Simicska-Orbán media war will have a divisive effect on the so-called politically active middle-class whose consolidation is one of the government’s main objectives, according to Orbán.

In any case, Hungary’s media wars have shown Hungarians the lengths to which Orbán will go to secure his political future through the control of national media.