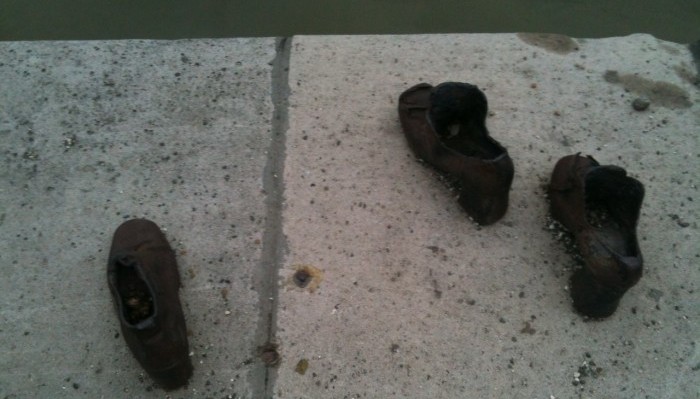 A number of bronze shoes have been stolen from the riverside Holocaust memorial ‘Shoes on the Danube’. It is not known whether the incident was racially motivated or simple theft.

The memorial by Gyula Pauer and Can Togay, which was erected on the left bank of the Danube near Parliament in 2005, commemorates the victims of fascist Arrow Cross militiamen in Budapest during World War II. The victims were told to take off their shoes before being shot and flung into the freezing Danube.  Visitors to the memorial frequently leave candles, flowers and personal momentoes. 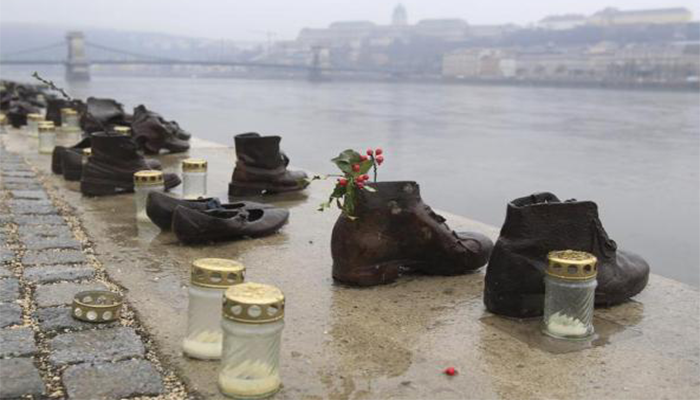 Questioned by Népszabadság, District V police said they are not investigating the case because no crime had been reported.

An earlier act of vandalism of the shoe memorial occurred five years ago, when pig trotters were placed in the shoes in a willful act of desecration. The ensuing police investigation turned up no suspects.