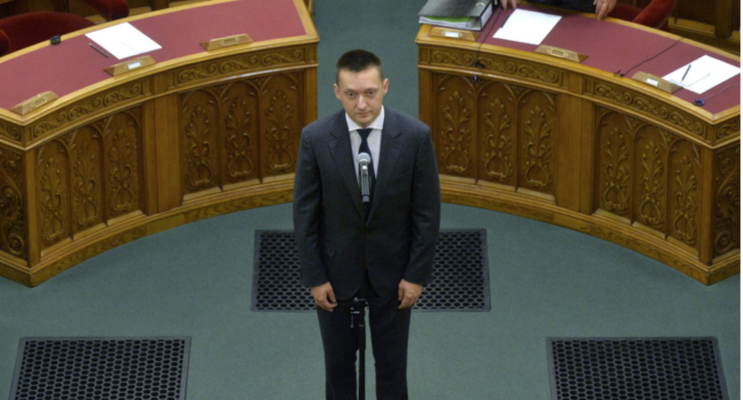 Prime Minister Orbán’s chief of staff Antal Rogán made a trip to Munich this weekend to meet the German press and give an “urgent interview” to popular German tabloid Bild. His trip abroad came just before he was set to appear in a court hearing and face convicted murderer and gangster Tamás Portik, who has accused Rogán of coordinating shady real-estate deals.

The hearing was scheduled for Friday, and would have been the first time Rogán and Portik met face-to-face in court.  Rogán claims he has never met Portik before, but the convicted felon has testified otherwise.  Had Rogán attended Friday’s hearing, he would have been required by the judge to listen to Portik recount how he allegedly paid Rogán a HUF 10 million bribe in order that the then-District V mayor would approve the purchase of district-owned real estate at a sizable discount.

Együtt (Together) party vice-chairman and anti-corruption crusader Péter Juhász has repeatedly accused Rogán, as well as the current and previous district mayors, of corruption.  Juhász told online daily Népszabadság: “It’s completely obvious that Rogán lied, and that he wanted to get away with not appearing in front of the court.” He added that Rogán has known about the hearing for two months.

Questions arose about whether such meetings with journalists in Germany even occurred. Daily Magyar Nemzet reports that when it contacted Bild‘s editorial office in Munich, it was told that the paper was unaware Rogán was to give an interview or meet with other German journalists.

Commenting on Rogán’s failure to appear, Juhász said: “Their goal is to prolong this trial using any means necessary.”

Several days before the hearing, Rogán’s lawyers petitioned the court for two high-level law enforcement officers to be called as witnesses, a request the court was unable to satisfy in time for the hearing. The officers in question were the senior commander handling Portik’s capture, and an agent of the National Defense Service who had conducted secret data-gathering operations on Portik. Juhász claimed in his interview with Népszabadság that the identities of these officers is classified information, and “… no one has any way of knowing who those two people are. Only if you have committed a crime, and that’s called misuse of classified information. You can’t know who directed a secret investigation within the National Defense Service otherwise. That’s why I see this as more proof that Antal Rogán does business with criminals.”

Rogán’s office released photos on Saturday to prove that he had indeed met with journalists in Munich, and claimed the Bild story is set to come out today. However, noticing that the article was nowhere to be found in today’s edition, Magyar Nemzet wrote to Rogán’s office to ask where the much-awaited article might be found. They were told that it had already come out in print Saturday, and had even been published on Bild‘s website as early as Friday evening.

The article, writes Magyar Nemzet, is not an interview but a “short report on Rogán’s meeting with Bavarian Minister of State Markus Söder and CDU vice-president Armin Laschet, and about the Hungarian government’s paid advertising campaign against Brexit in the British tabloid The Daily Mail.”

The Prime Minister’s Cabinet office had told numerous press outlets on Saturday that the Rogán interview would appear in Bild on Monday, even after the puff piece had already appeared in print. The office’s justification for Rogán missing Friday’s hearing was that he was to give an “urgent interview” to Bild. The resulting article contains a single quote from Rogán, and it appears that his presence in Germany was anything but urgent.