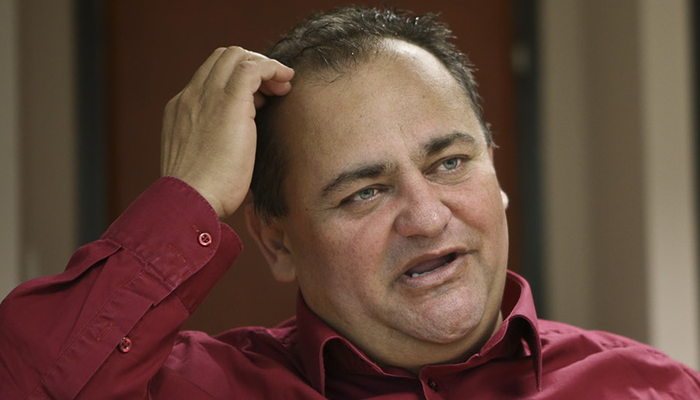 Béla Lakatos, the mayor of the northwestern Hungarian village of Ács, says his car was stopped by the police for a roadside check just because he looked like a Roma.

Lakatos was driving a white Audi A4 when a police vehicle overtook him, signaling him to stop for a regular check. According to Lakatos, upon getting out of the vehicle, he overheard one policeman radio the Győr headquarters that an “identity check of a minority person is under way”, and “a minority person is driving the car.” After finding out that the “minority person” in question was the popular mayor of Ács, the two officers apologized and sent him on his way.

Lakatos, who openly identifies himself as a Roma, has been the Fidesz mayor of Ács since 2010.  He was re-elected in 2014 with an overwhelming majority. Lakatos told Index.hu that after the incident he was convinced that racial profiling is institutionalized within the Hungarian police.

“When I handed them my identity papers, the smile disappeared from their faces. They said that everything was in order. I, however, asked them for their identification numbers, as I plan to report their behavior.”

Lakatos says he now understands why the poorest residents are the ones receiving the biggest number of tickets and fines from the police. “If I get treated like this as mayor, how do they treat an ordinary Roma bricklayer, or somebody in Szabolcs county traveling from one village to another by bicycle? When they are fined up to HUF 30,000 (USD 108) they are afraid to do something about it, even though they typically do not have that much money.”

The mayor told the online journal he already spoke with the Győr special police headquarters to inquire about the racial profiling practice of the two policemen in question.  Lakatos says he is certain the law enforcement officers referred to him as a “minority person” until they realized he could overhear what they were saying.

Hungarian police openly used the expression “Gipsy crime” until the 1989 regime change.  During the first decade of this century radical right-wing groups and Jobbik party politicians revived the term but this time in a political context.  Furthermore, their media outlets started to explicitly refer to the racial background of criminal offenders.

Reports of police harassment prompted the Hungarian Civil Liberties Union (HCLU / TASZ) to launch a Roma legal defense and civil rights advocacy program in 2010.  An ad-hoc register of complaints of police discrimination can be found on their website.