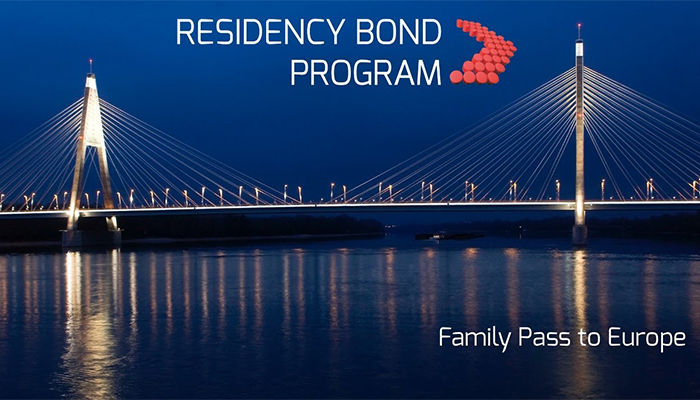 Hungary’s Center for State Debt Management (ÁKK) raised HUF 52 billion (USD 230 million) from the sale of so-called Hungarian residence permit bonds to foreigners between June 2013 and April 2014, writes napi.hu   The bonds have a nominal value of EUR 250,000 each and a maturity of five years.

In 2012 the Hungarian parliament passed a law authorizing ÁKK to issue residency bonds, bearers of which may apply for residence permits providing the amount of the bond is at least EUR 250,000 and the maturity is a minimum of five years.

The bonds are sold through authorized brokers, each specializing in a different country.  Brokers reportedly charge a commission of around 7.3 percent (EUR 40,000) per bond.

The 2012 law stipulates brokers be approved by the Parliamentary Committee on Economics (currently chaired by Fidesz MP Antal Rogan), and obliges ÁKK to conclude a contract with such companies pending committee approval.  Parliament may only approve one broker per country of origin.

To date ÁKK has contracted with seven different companies, only one of which is registered in Hungary. A number of companies are registered in “off-shore” tax havens like Cyprus, the Cayman Islands, and the Seychelles.  Given the Fidesz government’s purported opposition to awarding lucrative government contracts to off-shore companies , it is perhaps surprising Antal’s committee approved them.  Or not, as the ownership structure of such companies tends to be somewhat opaque.

Napi.hu writes that because the bonds are sold by the brokers, the exact nationalities of those purchasing the settlement bonds is not known.  However, according to an official statement issued by ÁKK, some 415 settlement bonds were sold in China in 2013 where ÁKK hopes to sell some 2000 settlement bonds in 2014.

To the extent ÁKK exceeds its target of selling EUR 400 million (USD 530 million) worth of settlement bonds and Premium Euro Hungarian State bonds this year, the additional income is to be used to pay down foreign debt coming due this year.