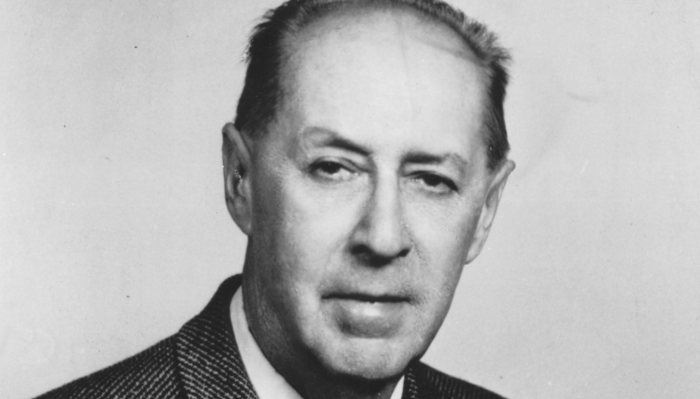 Renowned Hungarian literary figure Sándor Márai (1900-1989) wrote the following in his diary at the end of 1944: he takes Hungary’s “right-wing” leaders to task for destroying the country and explains why “right-wing” – as the term is used in the West – has little in common with its meaning in pre-war Hungary.

At a time when the West was embracing conservative liberalism, Hungary was busy aligning itself with Nazi Germany, adopting national socialist policies, and sowing the seeds of its own destruction and occupation.

The nationalist Christian government of Viktor Orbán (2010-) portrays Hungary as just another one of Nazi Germany’s victims. Márai’s account of what happened in Hungary during World War II paints an entirely different picture.

An immeasurable amount of work will be left for us once this war is over. We will have to bury the dead, clean up the ruins, give bread to the hungry, and embark on building some kind of state out of the broken pieces that these robber-murderers – a large number of whom have already fled the country – have left upon us. But this is the smaller of our tasks.

In order for Hungary to become a nation again, in order for it to become a respected country in the world, it must destroy that thing it calls “right-wing” — the notion that just because a group of people call themselves “Christian Hungarians” that they should enjoy preferential rights in this world; that just because someone is a “Christian Hungarian gentleman”, he should have the right to live well without any talent or knowledge; that he should be right to look down on others who are not “Christian” or “gentlemen”; that he should be able to demand alms from the state and society on grounds that he is Christian Hungarian; that he should have a job, have awards bestowed upon him, seize the property of Jews, be entitled to luxurious vacations, and be entitled to preferential treatment in all areas of life.

This has been what “right-wing” meant.

This type of person hasn’t learned anything. Those who have lived in this spirit over the last thirty years, or who were raised in this environment, are hopeless. Gritting their teeth, they will compromise because they are selfish cowards. They will surely bow down in the new system. But deep down in their hearts they will forever yearn for the days of the “right-wing, Christian, nationalist” world when they easily robbed the Jews of their property, murdered the competition and lounged around in large companies without any skills or knowledge of what they should actually be doing; the days when they could have been prominent public official or unquestionable military officer simply without having to do anything other than to exist. This type of person never changes. As long as these people have a say or influence, Hungary will not become a nation.