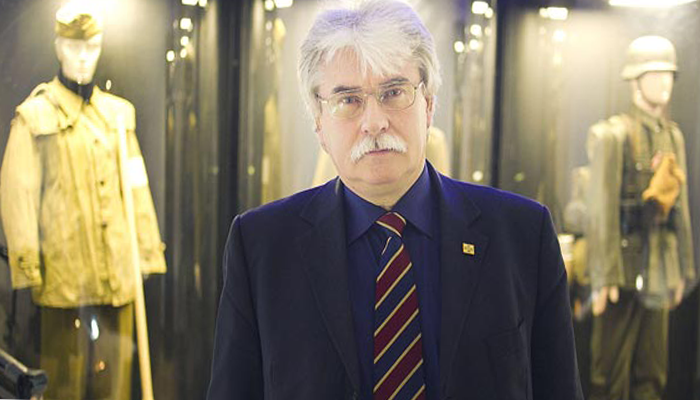 Hungary military historian Sandor Szakaly has been selected to be the first director of the Veritas Historical Research Institute.  The institute was created by government decree on 25 October 2013 for the purpose of researching and writing the history of the past 150 years in a manner that will strengthen national identity and support the creation of a national historical knowledge grounded in historical fact.  The institute is to focus on the period between the founding of the Austrian-Hungarian Monarchy in 1867 and the restoration of multiparty Democracy in 1989.

The appointment of Szakaly was supported by government circles and therefore comes as no surprise. The tender to select the institute’s first director was organized by Janos Lazar, state secretary at the Office of the Prime Minister, who served as the head of the Fidesz parliamentary delegation from 2010-2012.

Literature and media professor Miklos Saghy is concerned that the purpose of the Veritas institute is to impose from above a new historical truth that could serve propagandistic objectives.  “Whenever they wanted to write history in place of experts it always turned out badly.”  Gyorgy Foldes, director of the Political Historical Institute, told Nepszabadsag “they want to make the right wing tradition the only national tradition and squeeze out the left wing and liberal legacy by projecting the current right wing political ideology 150 years into the past.”

Szakaly’s main area of research is the history of politics and sport during 1919-1945  and Hungary’s role in the Second World War.  He previously worked at the Military History Institute and the Hungarian National Archives. Between 2001 and 2004 he was a vice-president of state-owned Duna Television. In 2012 Szakaly was made president of the NKA College for Literature and the Dissemination of Knowledge.

Veritas is the fifth center of scholarship to be established by the current government.  The other four are the Tamas Molnar Research Center, the National Strategic Research Institute, the National Heritage Institute, and the System Change Historical Research Institute and Archives. According to liberal weekly Magyar Narancs members of the Institute of Historical Knowledge did not support the decision to establish a government funded institute devoted to historical revisionism.