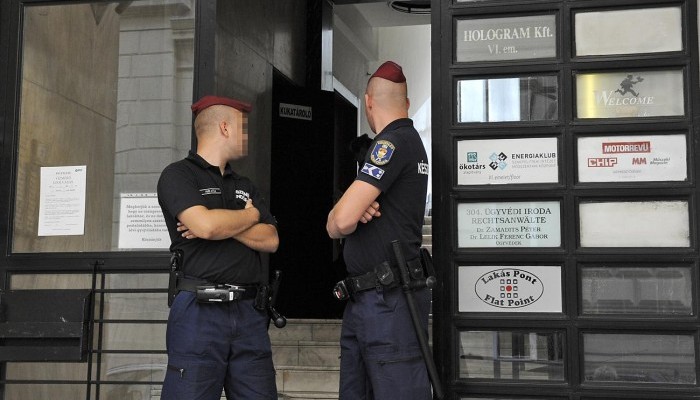 In September 2014 the National Investigation Bureau conducted searches at the offices of the Ökotárs Foundation and its partner organizations, as well as the homes of several employees. The searches were opposed by the Ökotárs Foundation, its president Veronika Móra and foundation curator Zsuzsa Foltányi, who filed an official complaint.

The raid was perceived at the time as a politically motivated attempt to intimidate Ökotárs and other Norwegian Civil Funds recipients whose funding the government wanted suspended until a comprehensive agreement with Norway over all Norwegian and European Economic Area grants could be reached.

Following the government’s unilateral decision at the end of 2013 to wind up the National Development Agency (responsible for administering programs funded by EU and EEA development grants), Norway informally notified Hungary that it was suspending payment of EUR 142 million worth of Norway and EEA Grants to the government until donor country concerns were satisfactory addressed.

In April 2014 Norway officially notified Hungary that it was suspending further payment of development grants.

The head of the Office of the Prime Minister, János Lázár, most likely acting on Prime Minister Viktor Orbán’s instructions, responded by accusing the administrator of the Norwegian Civil Funds of funding NGOs close to political opposition party LMP.

When Norway refused to cut off funding to Hungarian NGOs, the Office of the Prime Minister ordered an audit of Ökotárs and some 23 other Norwegian civil fund beneficiary NGOs.  A draft report prepared by Ernst and Young at Ökotárs’ behest identifying a few minor issues it felt needed to be addressed was used as a pretext to raid Ökotárs’ office after pro-government Magyar Nemzet published an article strongly suggesting that Ernst and Young had reason to believe embezzlement had taken place (which was not true).

On 23 January 2015 the Central Buda District Court ruled that the search and seizures carried out by the National Investigation Bureau were unlawful because, according to Hungarian law, the suspicion of criminal activities had not been established.

The court’s decision states that a reasonable suspicion of embezzlement had not been established and that there was no ongoing investigation taking place regarding any alleged unlawful financial practice. The decision establishes that there was no basis for the government’s accusation and the National Investigation Bureau had no right to engage in the acts of searching the offices and homes of the foundations and its employees, and had no right to seize their property. The court’s decision cannot be appealed.

The Ökotárs Foundation welcomed the ruling but expressed its worries regarding the investigation bureau’s blatantly politically motivated practice of unlawful search and seizure. Ökotárs said it expects even the government of Hungary to respect the rule of law to the letter, and not to use state agencies as a means of political harassment because such actions are not in line with democratic values.