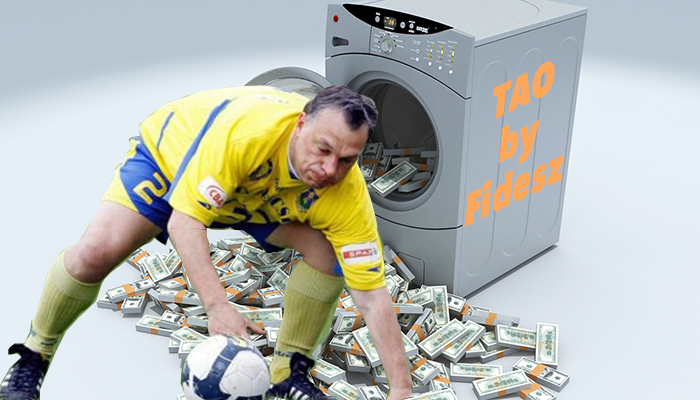 A second-level Budapest court ruled Wednesday that the Ministry of Human Resources and Ministry of National Economy must release data related to the government’s corporate income tax scheme for sports (commonly known as TAO). Transparency and anti-corruption NGOs welcome the court’s decision, as they will now have access to the data that may shine light on just how corruption-prone the scheme is. The government ministries now have two weeks to make the data public.

“This means a company has the choice to pay this amount into the tax authority or to pay it to a sports association or club,” says Balázs Romhányi, president of the Fiscal Responsibility Institute in Budapest. “There’s no question that the company will not earn anything on it by paying straight to the tax authority, but it buys them something – publicity, political goodwill, etc. – if it is used to support the prime minister’s football club,” Romhányi says.

“We know that a total sum of approximately HUF 300 billion, which is just over USD 1 billion, has gone missing from the state treasury over the past five years since this program has been running,” says Miklós Ligeti, legal director for Transparency International Hungary. “We also know which recipients received the most money. After doing calculations based on publicly accessible information, it looks like an average sports club in the country gets around HUF 4-5 million through the TAO scheme.

“There are, however, some privileged sports clubs which one might call ‘champions’ in terms of how much TAO funding they receive,” Ligeti continues. “The top recipient football association is located in the township of Felcsút, which is the hometown of the prime minister. Its share of the TAO cake amounts to some HUF 11.2 billion — that’s roughly 200 times more than what the average club receives.”

Transparency proponents and anti-corruption NGOs have long held that data regarding the TAO scheme should be made public because it is in the public’s interest to know precisely which corporations are transferring how much to which sports clubs.

“In our assessment, we see how these TAO contributions may be used by corporations to buy or bribe their way into lucrative government contracts, or how the scheme could be used to simply pay a tribute to political leadership by filling existing or imagined financial gaps that these clubs may have,” Ligeti says.

Until Wednesday’s ruling, these details were considered to be private transactions between donor corporations and the beneficiary sports clubs. But the court found that due to the construct of the scheme, the funds must be treated as public funds, marking a milestone in this quest for information.

On Thursday, Minister Overseeing the Office of the Prime Minister János Lázár announced that the government would challenge the second-level court’s ruling and petition the Curia, Hungary’s supreme court, to review the case.