Seszták used EU funds to buy real estate from himself 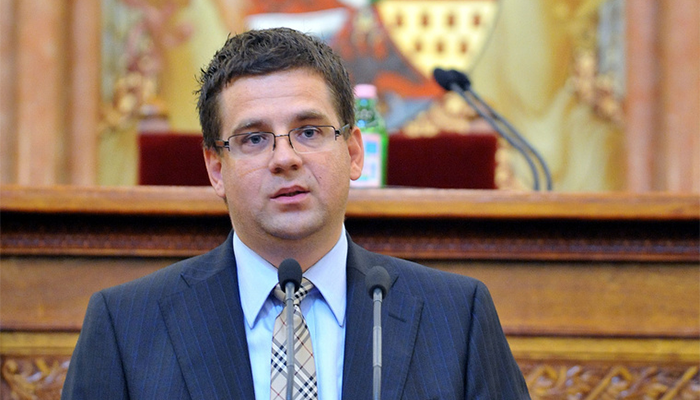 National Development Minister Miklós Seszták set up companies to apply for micro-grants to acquire real estate and then used them to buy part of a building he already owned, according to an investigation published by the website index.hu.

The former lawyer received three HUF 10 million EU grants to buy a new property in Kisvárda, northeastern Hungary.  The property in question turned out to be part of the building housing his Opel dealership.  He officially only founded one of the companies, but all three set up an office in the same building next to his car dealership and the local Fidesz HQ.

Seszták no longer owns the dealership in question.

Since gaining a ministerial role in April, Seszták has faced a steady stream of corruption allegations, mainly linked to his history of forming and dissolving companies as well as applying for EU grants.

According to information uncovered by the green, anti-corruption party LMP, Seszták set up three additional companies while he was state secretary in 2013, just before the deadline for tender submissions. According to information from the Ministry of National Economy, three very similar proposals were received, their assessment took place simultaneously and the money was paid out on September 30 last year.

Index.hu earlier reported his involvement in registering 700 companies with illegitimate and obscure activities at the same address in northeastern Hungary, which had failed to pay tax before being later terminated by the registry court.

Seszták and his associate Kornél Sándor have a complex network of companies, with Cyprus and Seychelles offshore links. He and Sándor were classmates in the 1980s. Seszták dismissed index.hu’s allegations as “malignant” and insisted he had obeyed the law at all times.

The opposition Socialists called for him to resign. Spokeswoman Bernadett Budai noted that he had earlier  been implicated in shady deals, alleging that he had assisted in tapping EU subsidies of HUF 12.5 billion (EUR 40.51m) as an offshore company group supervisory board member.