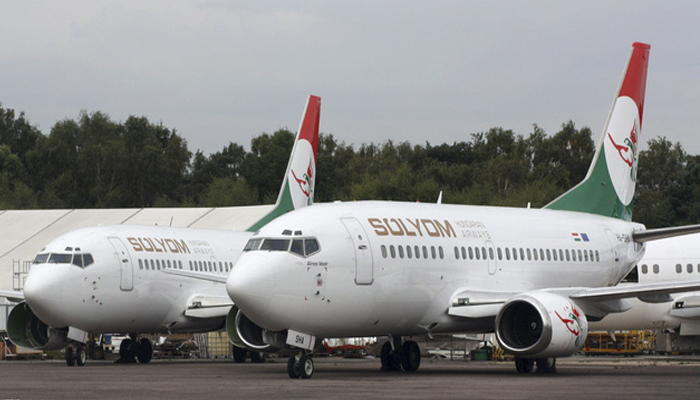 “Do not trust anyone who insists for no apparent reason they are not dishonest.”

In March 2007 the Hungarian government announced the sale of its loss making national carrier, Malev, to Airunion for HUF 200 million (USD 1 million) and the assumption by the latter of HUF 20 billion (USD 100 million) worth of debt to be secured by a EUR 32 million (USD 40 million) bank guarantee.  Initially majority owned by Russian billionaire Boris Abramovich Berezovsky, his shares in the company were taken over in 2009 by the Russian bank that had lent him the initial purchase price.

In March 2010 95% ownership in Malev reverted back to MVK along with HUF 60 billion (USD 300 million) worth of debt. Why MVK had allowed the bank guarantee to expire became the subject of much media speculation. No government official was held accountable for this extraordinary oversight.

The transaction prompted competitor WizzAir to file a complaint with the European Commission which ruled in January 2012 that the repurchase was illegal and ordered Malev to repay HUF 100 billion (USD 500 million) worth of subsidies received between 2007 and 2010 to the Hungarian government.

On 3 February 2012 Malev declared bankruptcy.  Shortly thereafter its fleet of 22 leased aircraft was repossessed, leaving Hungary without a national carrier and some 500 suppliers and service providers (including Franz Liszt International Airport) short a major customer.

In June 2013 it was announced that a new, privately owned national carrier, Solyom Airways, was to rise from the ashes of the old one.  The company’s owners unveiled ambitious plans to operate 50 aircraft by 2017 with Budapest serving as a hub through which to whisk passengers from the Middle-East and China to the rest of Europe.

This photograph of two Boeing 737-500s (one missing both engines) was circulated earlier this year.  One of the airplanes (presumably the one with the engines) even flew to Budapest to meet the Hungarian press.  While most media outlets were cautiously optimistic, if not enthusiastic, about the prospect of a new national carrier, online daily Index.hu concluded the venture would never get off the ground, pointed out that intense competition among budget airlines was the reason Malev had gone broke in the first place.

Index’s skepticism proved prophetic.  Solyom Airways experienced severe turbulence as negotiations with two Middle Eastern airlines failed to produce a strategic investor.  On 10 October Solyom announced it was unable to pay its employees September’s wages.  For the next few weeks communications director Tamas Hevizi continued to assure the press that Solyom was on the verge of obtaining all necessary approvals and could fly as early as December.

On 12 November it was announced Solyom Airways had been to sold to “Charity March”, a charity allegedly founded by Hungarian expatriates living in Africa, whose director, Tamas Welsz, is being investigated by Interpol for fraud.

Yesterday it was revealed that while waiting for permission to take off Solyom Airways managed to defraud at least one hundred hopeful suppliers out of some HUF 50 million (USD 225,000) in the form of “registration fees” and “security deposits” payable in advance in order to appear in Solyom’s “data base of qualified suppliers”.

That they did so despite the following appearing on Solyom’s website speaks tomes about the aerial stunts suppliers to government-owned companies are accustomed to performing:

“Our goal is to create a data base containing economic actors capable of fulfilling orders precisely, on time, per the prescribed quality. We wouldn’t like for anyone to “come looking” for us and “offer” various amounts just in order to be our suppliers. For this amount the companies are given a receipt that can be booked as a legal transaction between parties.  In the system it is not necessary to “love” the director of procurement, or take money out of your company “to be washed” so that it can be put into someone’s pocket, nor to play with invoices or the company cash-box.”

Initially stipulating that they were “not willing to contract with companies that were undergoing bankruptcy proceedings or in the process of being wound up, or who had committed felonies”, Solyom director Janos Lucsik subsequently modified the language so that companies that had operated in the red the previous three years could register themselves, according to Index.

“Our business policy is that we prefer companies that are not more than one year behind in paying taxes or duties.  Obviously we prefer those companies that are not the subject of bankruptcy proceedings or in the process of being wound up, and whose directors have not been convicted for committing various felonies.  The financial and economic inspection will validate the preparedness of a company.  We believe that to be a supplier to Solyom Hungarian Airways and Solyom Holding is in itself a symbol of quality.”

After Solyom announced it was unable to pay its employees, Lucsik announced that he was suspending the registration process and that fees and deposits paid to date would be refunded within 60 days.  However, in light of the subsequent sale of Solyom Airways to “Charity March”, we at the Budapest Beacon think pigs will fly before this happens.

The moral of the story: Do not trust anyone who insists for no apparent reason they are not dishonest.