Something is rotten in Antal Rogan’s district 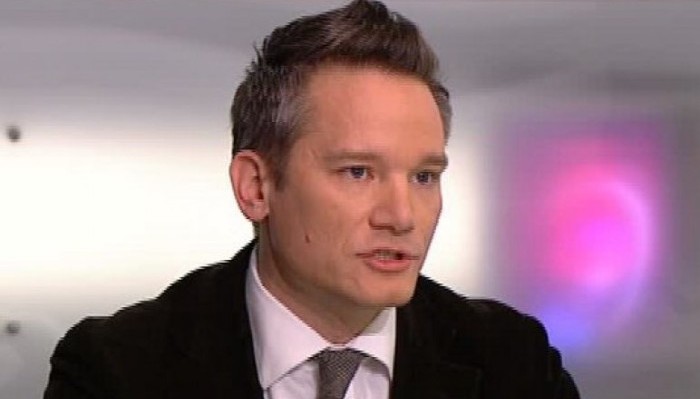 Few public servants can afford to live in a luxury flat in an exclusive gates community in Budapest’s 2nd District, let alone count their current and former political bosses among their neighbors, especially when the neighbors are none other than Fidesz MPs Antal Rogan and Mihaly Varga.  Former Budapest 5th District deputy mayor Andras Puskas is one such person.

Who is Andras Puskas?

A professional Fidesz politician if ever there was one, Puskas became a certified public accountant in 1999 at the age of 23. The following year he graduated from the Budapest College of Economics and State Administration.

According to his official biography, while a 21 year-old university student, Puskas served as the secretary of the Fidesz economic cabinet in 1997-1998. In 1998 he served as an external  member of the Budapest district 3 budgetary and tax committee.

According to his biography between 1998 and 2000, while completing his university studies, Puskas served as the personal secretary to the political state secretary at the Ministry of Finance.

Between 2000 and 2002 he served as a director of REORG Economic and Finance Rt. (a formerly state-owned liquidator privatised in 1999).

Between 2001 and 2002 he served as a director of the state privitization and asset management company, APV Rt.

In 2002 at the age of 27 he was appointed chairman of the supervisory committee of the Hungarian State Asset Manager Rt.  That same year he was elected to the Budapest District 5 city council, where he served as the deputy head of the Fidesz delegation and the chairman of the finance committee.  In 2005 he became the head of the Fidesz delegation.  In 2006 he was appointed as deputy mayor under the newly elected mayor, Antal Rogan.

So why did Puskas resign his position as deputy mayor of Budapest District 5 last week?

The official answer is that he resigned just three months before municipal elections are scheduled to be held in order to take a job at the Exim bank.  However, the real reason may have to do with the fact that they are neighbors in the same luxury community.  Or it may have to do with an investigation into the district that has been going on since November 2013.

Who has left recently and what lies behind these departures?

Ronaszeki was fired without warning and without official explanation.  Since then city leaders have disclosed that various matters that are the subject of official investigations took place on Ronaszeki’s watch.  He was replaced by the former director of the district asset manager, Zoltan Selley.  In April Selley called attention to himself by showing up to a district council meeting wearing a pair of shoes costing just under EUR 1000.

According to hvg.hu the unofficial reason Kohalmi was replaced was the district’s poor crime enforcement statistics. However, no official reason has been given.

Puskas attracted media attention this spring when it was revealed that, in addition to his current boss, Antal Rogan, and former boss, Mihaly Varga, Pukas himself owned a luxury flat in the exclusive Budapest 2nd district gated community Pasa Park.  And like Rogan and Varga, when submitting his annual declaration of assets, Puskas had under-reported the size of a luxury flat purchased there with the proceeds of a HUF 103 million (USD 450,000) mortgage loan.

As the Beacon reported earlier, the Pasa Park project is connected to FHB Bank Zrt. chairman Zoltan Speder, the apparent mastermind of last year’s nationalization of the Takarekbank, a controlling interest in which Speder managed to acquire earlier this year through an international tender (although the sale of the government’s shares were blocked by the Budapest Court pending a Constitutional Court decision ).  In addition to being the owner of popular daily online news publications index.hu and portfolio.hu, Speder is the chairman of the board of the company that publishes napi.hu.

Online daily 444.hu calculates Puskas’ monthly mortgage payment should be around HUF 750,000 (USD 3,400). Puskas denies this, claiming he pays HUF 450,000 (USD 2,100) a month.  According to his declaration of assets, Puskas also owes HUF 76 million (USD 300,000) to a private individual.  During this year’s general election campaign, Together 2014 co-chair Peter Juhasz claimed that Puskas’ official monthly net income (HUF 890,000 or roughly USD 4,000) does not cover his presumed monthly expenditures.  After the statement Puskas reported Juhasz for defamation, a charge the court subsequently rejected.

At the time of his resignation, Rogan told the district council that Puskas was resigning to accept another post, the duties of which “were obviously incompatible with his current responsibilities”.  Rogan announced that Puskas was leaving to join the Hungarian Export-Import (Exim) Bank.  According to index.hu, Fidesz MP and state secretary for foreign economic affairs Peter Szijjarto recommended Puskas for the position of deputy CEO.

A court procedure relating to a fraudulent real estate transaction has been under way since May.  Hvg.hu writes that  a case involving the fraudulent swap of downtown real estate in 2007-2008 is only now coming to trial despite the matter being with the courts since 2010.  It remains to be seen whether the alleged fraud has anything to do with the fact that Antal Rogan, Andras Puskas and Mihaly Varga ended up owning luxury flats in the same exclusive residential community connected to FHB chairman Zoltan Speder.