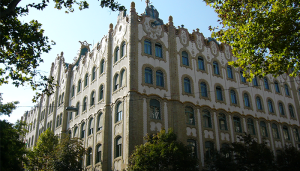 The Hungarian government has resorted to borrowing USD 225 million from domestic suppliers interest free for an indeterminate period of time.  If current trends continue, state budgetary institutions, including hospitals and schools, will likely owe more than HUF 100 billion (USD 465 million) by the end of the year according to the latest figures issued by the State Treasury office.

The main reason for this is that the State Treasury office has not been paying its bills on time.

Hospital arrears alone increased ten percent between June and September, forcing drug wholesaler Hungaropharma to terminate all contracts with hospitals in July due to non-payment.

In September the president of the Hungarian Association of Hygienic Technicians (MATISZ), Zoltan Paar announced that sterile conditions at hospitals were threatened by the fact that HUF 2 billion (USD 9 million) worth of cleaning invoices had not been paid.

Hospital arrears and the defunding of the public health system in general has resulted in temporary shortages in essential hospital supplies, including rubber gloves, according to former surgeon general, Ferenc Falusi.

Most of those owed money are small and medium-sized Hungarian owned companies whose employees can ill afford to go months without getting paid.  Shame on the State Treasury for diverting this money to the construction of football stadiums and other projects of doubtful social utility!