Stratfor: The EU will never return to its previous unity 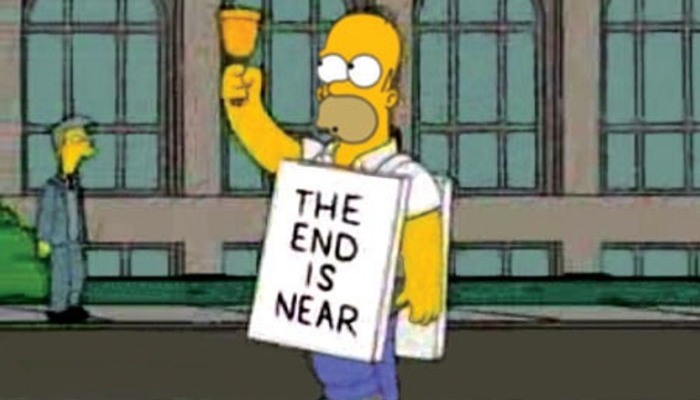 The Europe Union as we know it will fall apart, Germany’s economy is hostage to its trade partners, the US will make Poland a leading European power and Russia won’t survive, according to private geopolitical intelligence and advisory firm Stratfor Global Intelligence in its Decade Forecast: 2015-2025. The report has been published every five years since 1996 (1996, 2000, 2005, 2010 and now, 2015).

“The European Union will never return to its previous unity, and if it survives it will operate in a more limited and fragmented way in the next decade,” Stratfor predicts. “We do not expect the free trade zone to continue to operate without increasing protectionism. We expect Germany to suffer severe economic reversals in the next decade and Poland to increase its regional power as a result,” the report continues.

The current conflict in Ukraine will continue to remain a centeriece of the international system in coming years, and the Russian Federation will not be able to exist in its current form in coming years.

“[Russia’s] overwhelming dependence on energy exports and the unreliability of expectations on pricing make it impossible for Moscow to sustain its institutional relations across the wide swathe of the Russian Federation,” writes Stratfor.

The geopolitical intelligence and advisory firm expects Moscow’s authority to “weaken substantially, leading to the formal and informal fragmentation of Russia. The security of Russia’s nuclear arsenal will become a prime concern as this process accelerates later in the decade.”

“Germany is the center of gravity of the European Union; it exports more than 50 percent of its GDP, and half of that goes to other EU countries. Germany has created a productive capability that vastly outstrips its ability to consume, even if the domestic economy were stimulated. It depends on these exports to maintain economic growth, full employment and social stability. The European Union’s structures — including the pricing of the euro and many European regulations — are designed to facilitate this export dependency,” writes Stratfor.

Stratfor says that this system has fragmented Europe into at least two parts, evident in the different behavioral patterns exhibited by countries in Mediterranean Europe and those such as Austria and Germany.

“This has been the core problem from the beginning, but it has now reached an extreme point. What benefits one part of Europe harms another,” Stratfor writes.

The sharp rise in eurosceptic parties on the right and left, the growing legitimation of mainstream parties, and the surging popularity of separatist parties within European countries will continue through the next decade.

According to the report, “the European Union might survive in some sense, but European economic, political and military relations will be governed primarily by bilateral or limited multilateral relationships that will be small in scope and not binding. Some states might maintain a residual membership in a highly modified European Union, but this will not define Europe.”

Stratfor predicts that what will define Europe in the next decade will be the re-emergence of the “nation-state as the primary political vehicle of the continent”.

Despite its emergence as the most economically and politically influential of Europe’s nation states, Germany is extremely vulnerable as the world’s fourth-largest economic power.

“There are multiple forces working against Germany in this regard. First, Europe’s increasing nationalism will lead to protectionist capital and labor markets. Weaker countries are likely to adopt various sorts of capital controls, while stronger countries will limit the movement of foreigners — including the citizens of other EU countries — across their borders. We forecast that existing protectionist policies inside the European Union, particularly on agriculture, will be supplemented in coming years by trade barriers created by the weaker Southern European economies that need to rebuild their economic base after the current depression. On a global basis, we can expect European exports to face increased competition and highly variable demand in the uncertain environment. Therefore, our forecast is that Germany will begin an extended economic decline that will lead to a domestic social and political crisis and that will reduce Germany’s influence in Europe during the next 10 years,” Stratfor predicts.

Poland will diversify its own trade relationships to emerge as the dominant power on the strategic Northern European Plan, and will also become the leader of an anti-Russia coalition together with Romania.

Hungary is not mentioned by Stratfor in this regard.

Stratfor writes that it’s unlikely the Russian Federation will survive in its current form. By failing to transform its energy revenue into a self-sustaining economy, Russia has made itself vulnerable to price fluctuations and “has no defense against these market forces”.

“Given the organization of the federation, with revenue flowing to Moscow before being distributed directly or via regional governments, the flow of resources will also vary dramatically. This will lead to a repeat of the Soviet Union’s experience in the 1980s and Russia’s in the 1990s, in which Moscow’s ability to support the national infrastructure declined. In this case, it will cause regions to fend for themselves by forming informal and formal autonomous entities. The economic ties binding the Russian periphery to Moscow will fray.”

Stratfor predicts that while Russians have a history of solving such problems via its secret police, the secret police “will not be able to contain the centrifugal forces pulling regions away from Moscow this decade. In this case, the FSB’s (Federal Security Service) power is weakened by its leadership’s involvement in the national economy. As the economy falters, so does the FSB’s strength. Without the FSB inspiring genuine terror, the fragmentation of the Russian Federation will not be preventable.

All of this will contribute to the greatest crisis of the next decade.

“Russia is the site of a massive nuclear strike force distributed throughout the hinterlands. The decline of Moscow’s power will open the question of who controls those missiles and how their non-use can be guaranteed. This will be a major test for the United States. Washington is the only power able to address the issue, but it will not be able to seize control of the vast numbers of sites militarily and guarantee that no missile is fired in the process. The United States will either have to invent a military solution that is difficult to conceive of now, accept the threat of rogue launches, or try to create a stable and economically viable government in the regions involved to neutralize the missiles over time. It is difficult to imagine how this problem will play out. However, given our forecast on the fragmentation of Russia, it follows that this issue will have to be addressed, likely in the next decade.”