Surveillance of CEO at state media was an inside job, says paper 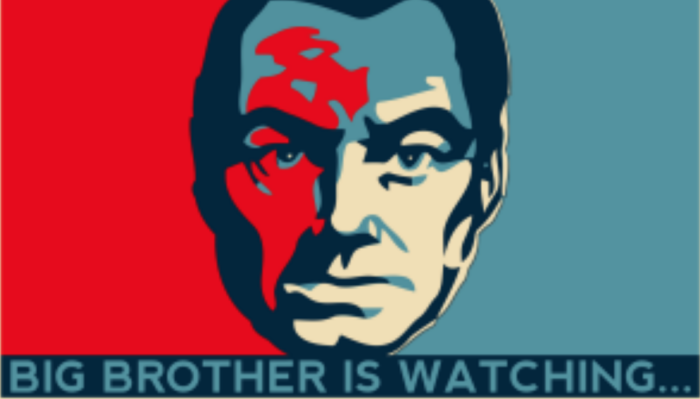 Although every clue points to the fact that Imre Vas, head of facilities at state-owned media company MTVA, was the mastermind behind the surveillance scandal at the organization’s headquarters, police still have not closed their investigation, writes Hungarian print weekly 168óra.

The story started this March when a surveillance device was found in the office of Miklós Vaszily, CEO of MTVA, reported Hungarian news website Index.hu.

A few months later, news website 444.hu quoted confidential sources claiming that as many as three CEOs were bugged at the company headquarters in Kunigunda street, Budapest, and their systematic surveillance had been going on for a long time.

The whole saga started when Vaszily’s conference room was flooded after heavy rain at the MTVA headquarters. When workers removed the plastic case holding cables together, they found a microphone inside. They reported the find to the head of the security unit, who alerted police.

Inspectors examined the site and found the other half of the surveillance device in the neighboring office, belonging to the CEO’s chief of staff, Csaba Enyedi. Not only did they find the parts of the microphone but a camera and a voice recorder as well. A third recorder was found in a locked cupboard in the office of head of facilities Vas.

The crime scene investigation lasted for 5-6 hours, at the end of which investigators searched the homes of both Vas and Enyedi.

In a new article, 168óra reports that the case is becoming ever more embarrassing for police, as the investigation is still ongoing, even though they have every reason to suspect Vas as the culprit.

Complicating matters is the fact that Vas is the confidante of former Fidesz politician Attila Várhegyi, who is now advisor at MTVA.

The office of Vaszily where the surveillance camera was found is a busy place. The CEO holds all his important meetings there and is often visited by politicians, ambassadors and other VIPs. It seems all these meetings were recorded. The question is why and who ordered it.

The paper claims that if the Hungarian secret services were behind the case, no police investigation would have taken place. This is why everybody thought from the start it was an inside job.

According to 168óra, Vas came under suspicion when the other recorder was found in a cupboard to which only he had the keys. As head of facilities, Vas had powers over security matters as well. As every clue pointed to the fact that surveillance was organized from the inside, police started questioning him at the scene, during which Vas became confused and started hinting at the cameras being there for a “higher purpose”.

There are also video recordings showing repairmen putting the surveillance cameras into the office. Moreover, the repairmen did not use the main entrance, they parked in the VIP area instead, which requires a keycard. According to information obtained by 168óra, the men used Vas’s keycard.

Investigators have camera recordings of the men trying to put up the cameras. The paper claims that the head of facilities was identified by police as one of them.

Police suspect the surveillance cameras were found not due to flooding, but that power struggles and personal conflicts may be behind the discovery.