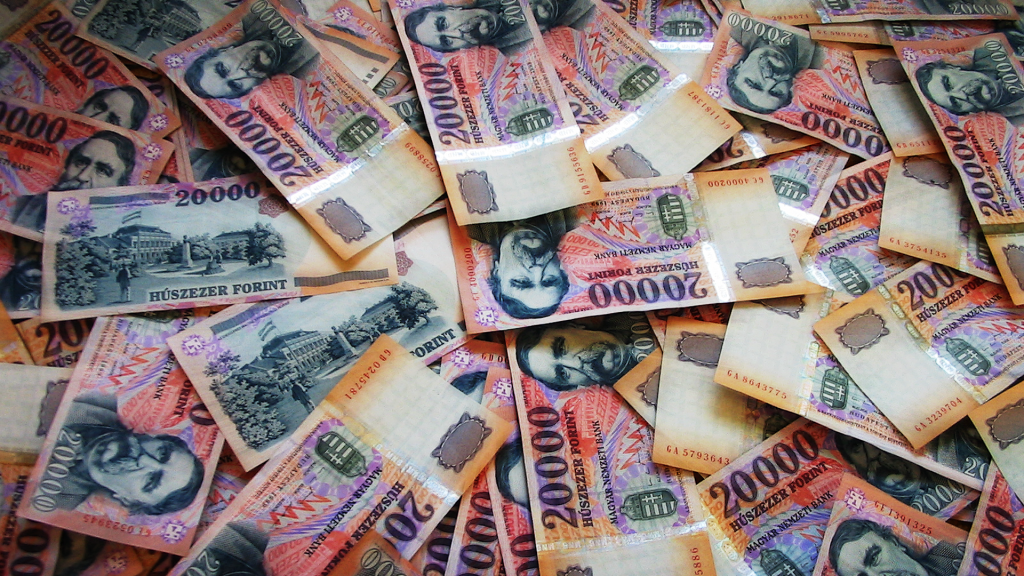 Hungary has fared poorly in a report released by the Central Statistical Office that details household wealth statistics, the first such survey ever conducted in the country. The survey was coordinated by the Household Finance and Consumption Network of the European Central Bank, which has conducted similar surveys in Eurozone countries since 2006, with Hungary and Poland (non-Eurozone states) voluntarily joining in 2014. The data was collected between October and December of 2014.

The report ranks the average total wealth of households across Eurozone countries plus Hungary and Poland. Wealth is defined by the total assets belonging to a household, including cash savings, real estate, valuable personal property, life insurance, and others. The ranking places Hungary second to last in total household wealth, just above Latvia, and well below the Eurozone average. 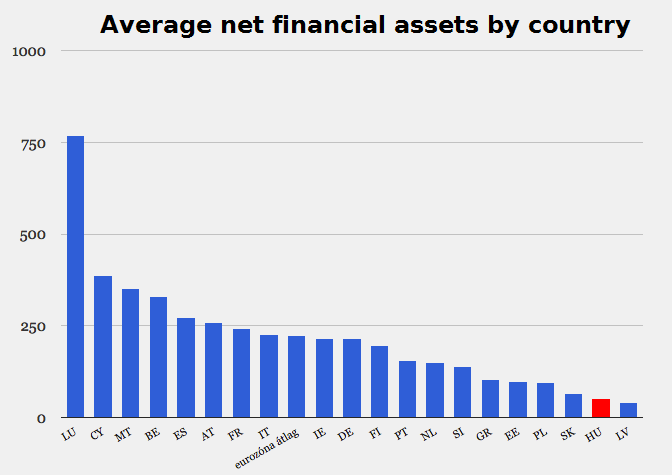 The average household wealth in Hungary amounts to EUR 50,800, a mere 22.7 percent of the Eurozone average, meaning average wealth would need to increase 440 percent to reach that average, and 500 percent to reach that of neighboring Austria. Neighboring Slovakia’s average household wealth surpasses Hungary’s by 30 percent, while Poland’s is nearly twice as high.

The report shows that in terms of wealth distribution, Hungary ranks somewhere in the middle of Eurozone countries; 46 percent of the country’s wealth is owned by the wealthiest 10 percent. This compares to around 35 percent of wealth in the hands of the richest 10 percent in The Netherlands, and 57 percent in Germany. Wealth distribution in Hungary is slightly more equal than the Eurozone average. 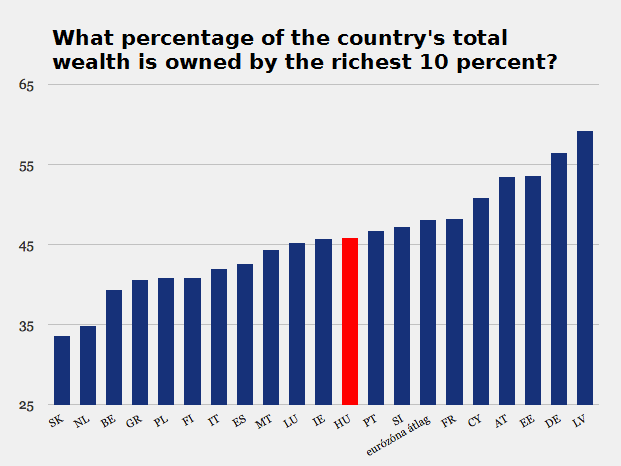 While the data shows that the average Hungarian household is more than 4 times less wealthy than the Eurozone average, even the wealthiest 10 percent of Hungarians barely surpass the average wealth of the poorest 40 percent of Eurozone households. 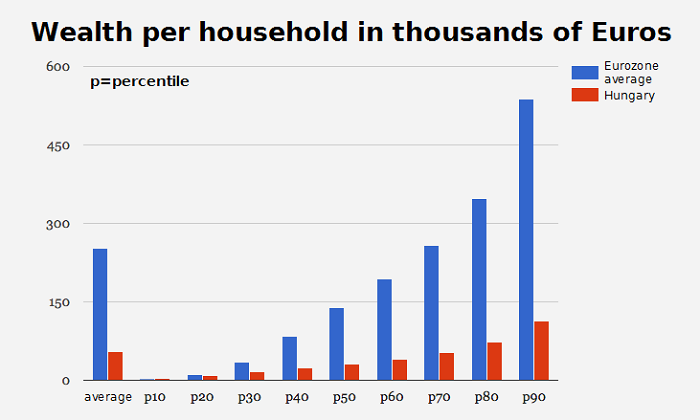 The Central Statistical Office compiled the findings from surveying 18,000 households in 167 Hungarian villages, towns and cities. Responses to the 200-question survey were gathered via personal interviews or through internet-based forms.