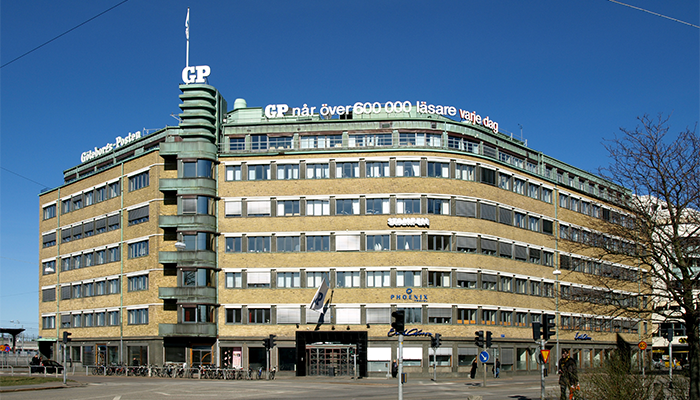 For example, on that hot July day in 2013 when the Parliament considered the resolution based on a report from the Portuguese representative Rui Tavares; a report that was a scathing indictment of the developments in Hungary. A report that went step by step over how EU member Hungary dismantled the framework designed to protect democracy and to ensure the separation of powers, and how the Hungarian Government took control of the public service companies and limited press freedom.

The betrayal of the Swedish Moderate Party and Christian Democrats in the case of Hungary is obscene. Prime Minister Fredrik Reinfeldt and Foreign Minister Carl Bildt and moderate parliamentarians Gunnar Hökmark and Anna-Maria Corazza Bildt have been seriously tarnished by their permissive attitude towards Hungarian Prime Minister Viktor Orbán.

While Hungary is turning undemocratic, the Swedish right criticizes the man who leads the whole operation. This is completely incomprehensible. The silence of the influential EPP Group in the European Parliament (which includes the Conservatives, Christian Democrats and the Hungarian governing party Fidesz) allows Fidesz to continue its activities undisturbed.  All criticism is dismissed as malicious attacks from European liberals and socialists.

Ignorance is not to blame. No one who follows Hungarian domestic politics or who has followed Viktor Orbán’s political shift from liberal to national conservative populist, could have been surprised by his statements in late July.  At a meeting in Romania Orban noted that he was willing to dismantle democracy because liberal democratic states “are not capable of becoming internationally competitive”.  Orbán also said that Russia and China were good examples of countries that have succeeded in this regard.

The Hungarian prime minister’s gaze has long been directed eastward, away from Brussels, away from the European mainstream.

None of this is new. Viktor Orbán’s power ambitions as well as his attitude to democracy and public debate have been clear for a long time.

In the spring of 2010, before Fidesz came to power, Orbán was interviewed by the (Hungarian) weekly Nagyitás.  There, he repeated what has come to characterize his attitude: he sees a political landscape without squabbling, political arguments, and internal strife. And one strong party able to govern for a long time.  His own, Fidesz, founded by a number of law students in the ‘80s.

Fidesz has systematically recast the entire Hungarian law. Right after the 2010 election, when the party captured a two-thirds majority in Parliament, a comprehensive program of legal reform began extending to virtually all areas. Supported by a qualified majority, Fidesz was able to overwrite the basic law over and over again and force through changes while the small fragmented opposition stood in a corner without influence.

One feature is the so-called cardinal laws. These are laws that can only be changed by a qualified majority, that is, at least two-thirds of the parliamentary seats. Many things that would usually be possible for a new government to change – social policy, economic policy – is now locked up by Cardinal Law, so that even if Fidesz loses power in the next election in 2018, a new government will not be able to make big changes.

The party has also made sure to appoint a majority of judges to the Constitutional Court loyal to Fidesz, which further ensures a long lasting influence over legislation.

For Hungary’s large Roma minority the years Fidesz has spent in power has meant accelerating problems. The gap has increased, “welfare” has been replaced by “workfare”, which in Fidesz’s case means hard work for poor conditions: barely two thousand Swedish crowns a month for eight hours of work a day.

Fidesz has gradually adapted its policy to that of fascist Jobbik.  A large number of Jobbik proposals made before going to the polls in 2010 were carried out between 2010 and 2014.

Underlying its entire policy is the safeguarding of the nation, the church, cultural heritage, and the nuclear family model. Clampdown on criminals. There must be an end to coddling. That homelessness was outlawed last year was a natural consequence of all this. In several key areas, such as immigration and globalization, Fidesz are to the right of the Sweden Democrats.

There is also good reason to note what is happening with the official Hungarian view of history.

The rehabilitation of the former regent Miklós Horthy is proceeding full steam. The pronounced anti-Semite Horthy ruled Hungary in the years 1920-1944, and was regent when half a million Hungarian Jews were deported in the spring and early summer of 1944 under the auspices of Adolf Eichmann. Now you can see bronze busts of Horthy here and there in Hungary.
Fascist writers of the ‘40s such as József Nyiro are now part of the literary canon Hungarian school children are expected to read. Fidesz has established several new historical institutes, including the Veritas Institute headed by renowned historical revisionist and military historian Sándor Szakaly, who previously wrote a book praising the Hungarian gendarmerie during the war; the same gendarmerie who carried out the deportations of Hungarian Jews.

On April 6 of this year parliamentary elections were held in Hungary. Fascist Jobbik got more than twenty percent of the vote, Fidesz around forty-five. Since the ruling Fidesz rebuilt the electoral system to favor their own party, forty-five percent constituted another qualified majority in parliament.

The next four years Fidesz can continue remaking Hungary as its head sees fit. Without debate, without discussion. That the European Parliament would seriously intervene and impose requirements is unlikely to occur. Rather than openly confront their sister party that keeps on turning developments in Hungary in increasingly dangerous directions, too many party siblings within the EU’s EPP group have chosen to follow Hökmark and Corazza Bildt’s example and close their eyes.

The question is how far one EU country can move in anti-democratic direction before Swedish parliamentarians wake up. The risk is that it will be nearly too late.

Gabriel Bystrom is GP cultural editor. Ordfront press is releasing his book “Tystnadens triumf” (Triumph of Silence) next week examining the background to the development of the Hungarian situation and the possible consequences of the changes of the past years.

Developments in Hungary. The national conservative Fidesz party has exercised power since 2010. Over a few years the party has changed much of the Hungarian state apparatus. In late July Hungarian Prime Minister Viktor Orbán said he was skeptical of “liberal democracy” and instead pointed out China and Russia as examples of states that inspire him.