Szijjártó: I feared for my life in Brussels 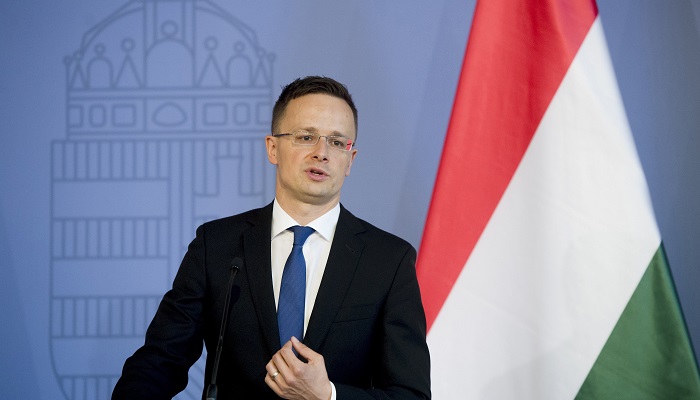 Hungary’s relationship with the United States is lame. Prime Minister Viktor Orbán has no chance to meet President Obama. Russia is not threatening NATO-member countries. These are just a few statements made by Hungarian Foreign Minister Péter Szijjártó in his long interview given to daily online Index.hu. The minister talked about the government’s foreign policy advisors, his relationship with the media and how he had to run for his life in a no-go zone of Brussels.

The following are the most important excerpts from the interview.

Relationship with other countries: Szijjártó admitted that when he calls in ambassadors to the foreign ministry he is not always keen on using “sophisticated diplomatic language”.

“During such times the task of foreign policy is not to let stupid things be said about the country,” he added.

Szijjártó said that if someone calls Hungary’s leaders fascist or autistic, he has no time to consider what the impact of his answer might be. He simply has to strike back, as such statements cannot be allowed.  The foreign minister also said that when Orbán appointed him, the only guideline he gave him was to “be a Hungarian foreign minister and conduct Hungarian foreign policy”.

About ambassadors: The foreign minister made no secret of the fact that he thinks Iain Lindsay, UK ambassador to Hungary, is a fantastic person. When it comes to his relationship with ambassadors, he puts Lindsay and US ambassador Colleen Bell at the top of the list.

“If someone else was ambassador instead of Colleen Bell, the political cooperation between Hungary and the United States would be much worse,” he said.

According to the minister, Bell is pragmatic and thinks rationally. This is not the same with Victoria Nuland, Assistant Secretary of State for European and Eurasian Affairs, whom the politician asked not to meet again because that would only make matters worse. Szijjártó admitted that the cooperation between Budapest and Washington is not complete and is sometimes lame. Although Orbán had met Obama a couple of times, he saw no chance of a bilateral meeting.

The foreign minister often talks to Réka Szemerkényi, Hungarian ambassador to the United States.  However, when it comes to Washington, he often asks the opinions of the heads of US companies present in Hungary.

No threat from Russia

On Russia: According to the foreign minister, Russia does not pose a threat to NATO members, although he knows how Poland and the Baltic States feel about Moscow and respects their feelings. He dismissed claims Russia would attack any NATO member country and does not believe NATO troops should be stationed in Hungary either.

Helping the opposition: Szijjártó claims the Foreign Ministry offers help to any politician travelling abroad, including opposition politicians. When Ferenc Gyurcsány, former prime minister and leader of Democratic Coalition (Demokratikus Koalíció – DK), travelled to China, the ministry made him a file on the country. He also helped promote the startup company of former minister of economics, János Kóka, in Singapore.

Szijjártó mentioned the government decided to support Mátyás Eörsi, member of DK and former SZDSZ MP of Parliament in his bid to be secretary general of Community of Democracies, a global intergovernmental organization of states devoted to the ideas of democracy.

Turkey is not anti-democratic

Media relations: Szijjártó was a member of Fidesz’s communication team for years.  Still, he does not remember one single case when the party gave orders to journalists.

“If you get lost in Brussels, and just wander two streets away, you have to run for your life. I am not exaggerating, it has happened to me before”, he added.

On Turkey and the coup: Szijjártó is personal friends with his Turkish counterpart. When he heard of the coup, he called him to see whether he was OK. He said they were following events in Turkey closely, but he still does not see the Turkish government as anti-democratic.

“If we see such things, we will speak out,” he added.