Szijjártó says tens of thousands of Hungarians live in the UK 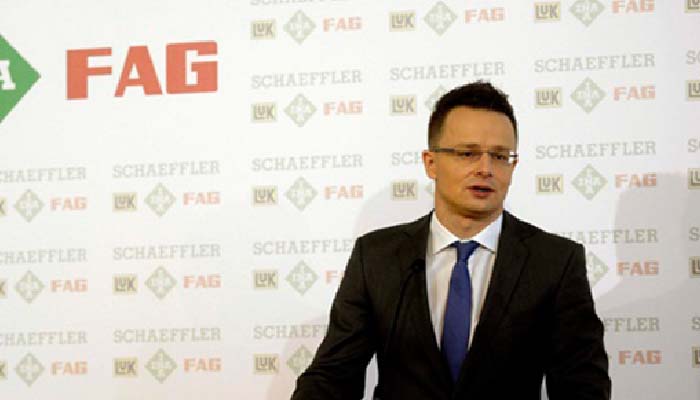 Hungary’s Minister of Foreign Affairs and Trade Péter Szijjártó held a press conference at noon on Friday to let Hungarians know that:

According to the minister, the most important aspect of the UK’s departure from the European Union, or “Brexit”, is that “we deduce the proper lessons from this”.

Lesson #1 according to Szijjártó:

Lesson #2 according to Szijjártó:

“The second lesson is that we cannot continue with the kind of politics that is without consequence, that is, the kind of politics that disregards the opinions of the people of Europe or goes against the will of the European people. It’s in all of our best interest to make sure that Europe is strong, but it’s evident that Europe can only be strong if it can respond to serious challenges with real solutions. Europe cannot be strong if it responds to serious challenges with solutions that weaken European nations and the European Union itself.”

Lesson #3 according to Szijjártó:

“The third lesson is that an era of straightforward politics needs to arrive to Europe. In the previous era, the European Union pursued a hypocritical, politicly correct and dishonest style of politics. This politically correct dishonest style of politics resulted in the European Union not being able to provide real solutions to several very serious crises. Instead, these serious problems needed to be resolved at the Member State level. We think that the time has come for Europe to start calling it like it sees it. And the time has also come to start providing real solutions for real challenges.”

Szijjártó then went on to explain that the technical details of Britain’s departure from the European Union have not quite been worked out yet. He did mention though that he had spoken to several leading British businessmen with interests in Hungary and that they confirmed to him their desire to continue with their operations in the country.

The foreign minister also said that Britain currently contributes 8 percent of the EU budget and that, clearly, withdrawal of Britain means this money is going to have to come from somewhere.

Addressing the economic migrant Hungarians residing in the UK, Szijjártó said they have nothing to worry about just yet because the Brexit process will likely take around two years to wind up. He said the fate of these Hungarians will be determined over the coming two years as delegations representing the EU and Great Britain meet to hash out a plan for the non-British citizens residing in Britain.

“The Hungarian government will follow very closely this process and will do everything to make sure that a decision is born which serves the best interests of the Hungarian people,” Szijjártó said.