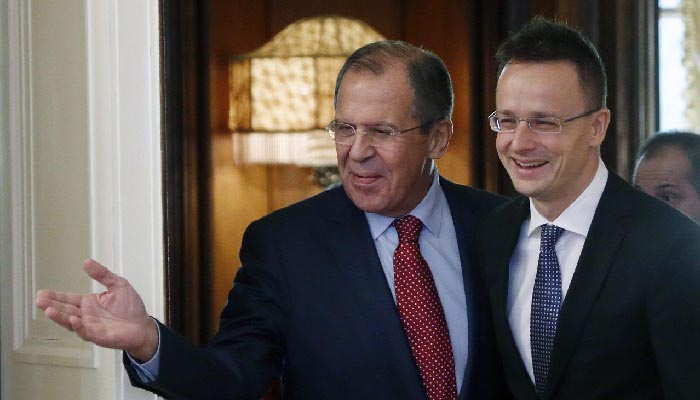 Hungary state media reports Foreign Minister Péter Szijjártó as saying cooperation between the Transatlantic community and Russia is needed to bring an end to the conflict in Syria and the refugee crisis. The press release also makes subtle mention of the need to resolve Central Europe’s gas supply situation (aka the South Stream gas pipeline).

Szijjártó reportedly finished a two-hour meeting with Russian Foreign Minister Sergei Lavrov in Moscow on Wednesday where the two discussed the refugee crisis and the conflict in Syria.

According to Szijjártó, the refugee crisis is the greatest challenge ever faced by the European Union.

“We need to finally realize and admit that there is no solution for the refugee crisis without pragmatically cooperating with Russia,” he said.

“Without an American-Russia agreement or a Transatlantic-Russian agreement there is no solution for the war in Syria, and there will be no solution to Europe’s immigration crisis.”

Szijjártó believes the refugee crisis will only grow worse as more time passes without such an agreement.

He and Lavrov agreed with each other that this particular situation calls for the defense of Christian values and the strengthening of Europe and the Middle East.

According to the statement, Szijjártó also met with Russian officials to discuss Central Europe’s energy situation.

What do refugees and the South Stream pipeline have in common?

Both need the West Balkan migratory route to enter into Europe.

Greece, Bulgaria, Serbia, Croatia, Hungary and Slovenia are the countries Russia’s infamous South Stream gas pipeline would have been built through. It just so happens that these are also the transit countries frequented by refugees fleeing war-torn regions in the Middle East and Africa.

President of the Russian Federation Vladimir Putin abandoned plans to erect South Stream last December after the European Union said its construction would violate EU law. Within months of the pipeline plans officially being abandoned, waves of refugees began passing through the West Balkan region of Europe.