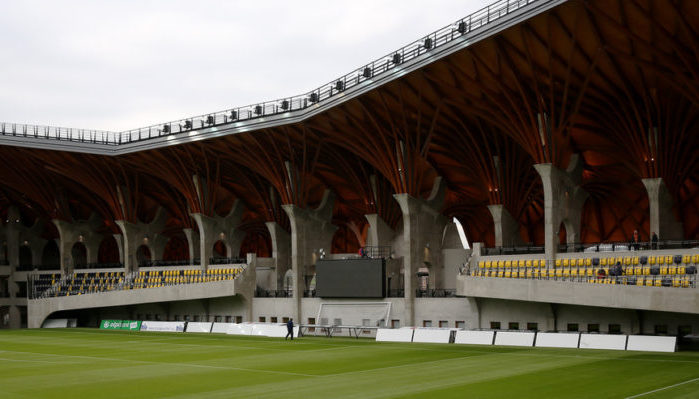 The Puskás Ferenc Soccer Academy, a soccer club and school founded by Prime Minister Viktor Orbán and located in his hometown of Felcsút, received HUF 103.5 million (USD 364 thousand) in financial assistance to pay its increasingly large staff in 2015-2016, according to a document obtained by index.hu.

The money came from the Hungarian Soccer Federation (MLSZ) largely via the TAO program, a scheme whereby corporations can make 100 percent tax-deductible contributions to sports clubs in Hungary. These clubs are authorized to request financial support from TAO not to exceed 50 percent of the total costs of personnel expenditures. (This year, 13 coaches and a technical director requested that 90 percent of their salaries be supplied by MLSZ under a “talent development” heading.) This year’s sum received by Puskás Ferenc is the same that the club has received in the previous two years, but the club’s staff has grown to unusual proportions.

The document shows that 112 employees are on staff at Puskás Ferenc, including 22 full-time cleaning staff, 23 full-time maintenance workers, 5 marketing assistants, 2 photographers (who use only traditional film), and 9 full-time office assistants. The massive staff at the club has grown rapidly over the last couple of years: in 2013-2014, the club employed 49 full-time and 20 part-time workers, and received the same amount of support from MLSZ as it received this year, HUF 103.5 million. In 2014-2015, it employed 87 full-time and 4 part-time staff, and still received the same amount. Now the academy employs 103 full-time workers and 9 part-time workers.

By comparison, the top-ranked club in Debrecen requested financial support for 4 employees, compared to 112 at Puskás, according to 444.hu. The Debrecen request was denied. Second-ranked Illés Academy didn’t ask for any support. Third-ranked professional club Honvéd, along with its academy, requested support for a combined 12 employees.

To date, the single largest beneficiary of the TAO program, launched by Orbán in 2007, has been the Puskás Ferenc academy. A Székesfehérvár court recently concluded that although TAO money is not in the national budget because companies contributed money in the form of tax-deductible donations to sports clubs, this money is still a part of taxes paid by the companies, taxes which belong to the state. Therefore, those donations given through the TAO program constitute public money, something Orbán had repeatedly denied.

The Puskás Ferenc club was ranked 9th out of 12 in Hungary by a Belgian soccer consultancy. The club was founded by Orbán in 2007 and is connected to Felcsút mayor and Orbán’s childhood friend Lőrinc Mészáros, a man many hold to be Orbán’s strawman. Last year there were 558 students enrolled at the academy, a decrease over the last three years. Given modest enrollment and the club’s poor performance, it is strange that Orbán’s pet project should receive such disproportionate support and employ such a sizable staff.