Teaching Hungarian students the rudiments of finance and economics 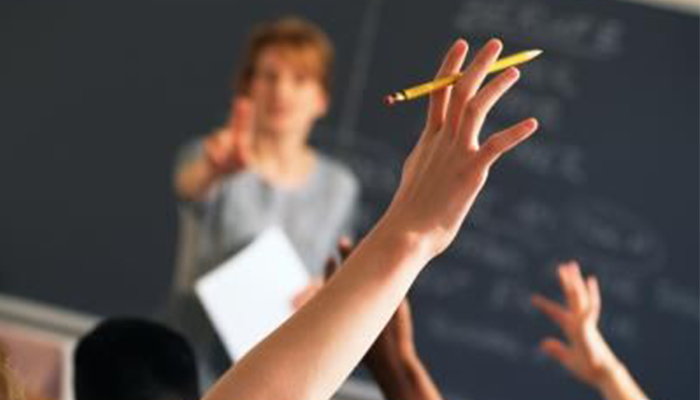 Today many Hungarians lack even a basic knowledge of financial matters.  Although it seems this time the government will bail out most of those who lost their investments in the Quaestor­ case, this may not be the case in the future. It is not by coincidence that Minister for National Economy Mihály Varga spoke about the importance of making financial matters part of the national curriculum. While it would definitely be worthwhile preparing future generations, school may not be the best place for it.

In March Varga, who served as minster of finance under the first Orbán government, held a lecture at the Ferenc Csík elementary school entitled “Smart Money Management”.  The event was part of the MoneyWeek series of programs. Varga said they would like to reach the point where knowledge of financial matters is part of everyday culture and where people know what it means to open a bank account, to deposit money, or to buy bonds from a brokerage company. The Ministry for National Economy (NGM) has already started to negotiate with the educational governmental authorities.

Since 2013 the so-called National Basic Curriculum has made it possible for 7th- and 8th-grade students (13­-15 year olds) to learn financial and entrepreneurial skills.  “MoneyWeek” is a program like that.

Experts say compensation for the damages is not a good idea

Many experts, including former minister of finance Lajos Bokros and Oxford economics Péter Rona, believe that the government should not compensate those who bought bonds from Quaestor.  Nevertheless, on Tuesday parliament passed a law (with only 5 dissenting votes) to compensate Quaestor bond holders up to HUF 30 million each. Even if the clients were aware that the Investors Insurance Fund (BEVA) does not guarantee the security of their investments, some HUF 18ö billion worth of losses are to be paid for by other members of the financial sector who played by the rules and had nothing to do with Quaestor’s collapse.

It seems the knowledge about which Mihály Varga spoke would be useful. According to a survey prepared by the Hungarian National Bank (MNB) in 2011, 40 percent of the Hungarians consider themselves uninformed on financial matters. This is supported by the fact that approximately half of the respondents do not compare the different offers of the financial service companies when choosing among them. It means that Hungarians are passive when it comes to financial matters.

It is a question if another subject of study could be added to life of the overburdened students and teachers, or it would just be another compulsory burden.

Actually the curricula of some schools includes financial coaching programs, but there are schools which provide these services themselves. For example, at the II. Rákóczi Ferenc College of Economics in Budapest financial studies are offered as part of the curriculum. According to director Krisztina Szénégető, it would be very important for the children to acquire knowledge of finance and economics regardless of their concentration.  However, a regular school­ class may not be the best solution because in this case it merely becomes another compulsory subject of study.  In her opinion it would be more useful to offer project-­like courses that are not graded. Of course, it should be carried out in an experimental, practical way, she added.

In the technical colleges available class time is tight and foreign language, history, mathematic, IT, and extra classes have to be taught as well.  So only the number of classes could be increased.  However, that would be “an offense against the students”, ­ the director said.  She added that the lack of professionals is another significant problem.

A teacher from a Budapest elementary school, who asked to remain anonymous, agrees that students are overburdened. In her opinion financial studies would be very important but the children have only a limited amount of time. Therefore, she thinks some financial content should be “smuggled” into other subjects of study. Moreover many of the teachers are unprepared to teach financial matters, she said. Another teacher from a rural elementary school said teachers are also overburdened and could not take on another subject of study. Meanwhile she agrees that basic financial studies should be taught in one form or another.

An example that works

Both teachers mentioned as a positive experience the National Economics Training Center for High School Students, more commonly known as the OK Center. The center was created by the András Fáy Foundation.  And while its name suggests just the opposite, students between the ages of 8 and 18 are welcome. The trainings are held in an old villa building in the historic diplomats’ quarter of Budapest. The 100-year-old building now functions as a modern training center. According to OK Center director Gábor Virágos recently more and more schools contact their institute about providing training in finance and economics.

The center has been actively operating for twenty years, but until the mid-2000s they taught only remotely. This proved to be ineffective.  However, the financial crisis of 2008 actually contributed greatly to the development of the training. Banks realized that it was in everybody’s essential interest that their clients have the basic knowledge necessary to choose among the banks’ financial products.

The program’s ultra-­modern headquarters was realized with the help of an EU-funded project back in 2012. Since then, they have been training 20,000 students annually.   Training takes four hours with a group of 16­ to 18, and the young trainers – psychologists, economists and educators – participate as part of the class and not above it.  It is very important that they do not employ classical school methods and attempt to forcefully transfer the information. They rather try to convince the children about how important it is to deal with the financial matters, the director said.

In the center the classrooms are isolated from the outside world, the school teacher cannot participate in it. There are two classrooms equipped with one-way mirrors. The school teacher cannot participate in the work because the children have to open up and it would be impossible with a teacher or with a parent. The reason is that children want to meet the expectations and they would not give honest answers even for the basic questions.

One student admitted that he did not see a HUF 20,000 banknote (approximately USD 70) until his father got out of jail. Even his classmates did not know this, and probably he would not have mentioned it had the teacher been present, says Virágos explaining the importance of isolation. “What happens in there will stay in there,” he adds.

Unfortunately, only a few groups arrive from outside of Budapest because of the travel costs.  For this reason their instructors give remote lectures with the same conditions.  The children sit in a circle, the instructor sits among them, and the teacher is not in the room. Some teachers, however, do not really understand it, Virágos notes.

They have long-term plans regarding the program. Recently they established a center in the north­eastern town of Nyíregyháza.  They would like to create a country-wide network. Moreover, they would like to share the knowledge and best practices with other countries through a franchise system. An institute from Bucharest, Romania, just joined the project. The first class from the Loránd Eötvös University (ELTE) post-graduate teachers’ course finished the studies where the method of this project was integrated into their studies.

According to Virágos it is a good idea to obtain a certain level of knowledge of financial matters in school. As he said, it is better “if they do not have to start from zero”.  The basic problem with the school trainings is that children will not open up “for fear of being wrong”.

So there is a program which seems to be successful.  And while finance should not be integrated into the curriculum, it can be taught as a separate subject of study. This kind of knowledge would be extremely important, as the Quaestor­ scandal indicates. It will not always be possible for the state to spend hundreds of billions compensating everybody. Preparing future generations would definitely cost less than that.